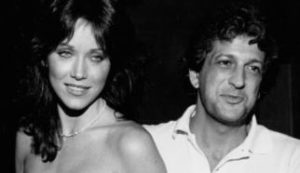 Barry Roberts is the late husband of Tanya Roberts. While Tanya passed away in early-2021, Barry took his last breath 6 and a half years earlier.

This Barry Roberts wiki explores Tanya Roberts’s husband’s cause of death, net worth, and more!

Barry Roberts Cause Of Death

On 15th June 2006, Barry Roberts died. As allvipp.com noted. he was battling encephalitis for the last four years.

At the time of his death, Barry was 60 years old.

Meanwhile, Tanya Roberts passed away at the age of 65. According to TMZ, she collapsed on Christmas Eve after going for a walk with her dog. The publication noted Tanya never recovered despite being hospitalized and placed on a ventilator.

Who Was Tanya Roberts?

At 15, Tanya dropped out of high school.

Before striking gold in Hollywood, Tanya modeled for Clairol and Excedrin.

Starring as a Bond girl in “A View to a Kill” alongside Roger Moore, Tanya rose to stardom. She also starred in the 1970s classic flick “Charlie’s Angels”.

Read Another: Anwar Zayden Wiki: Wife, Net Worth, Cause Of Death

After dropping out of high school, Tanya married her first husband and hitchhiked across the United States. Sadly, her then mother-in-law annulled their marriage.

Tanya then met Barry in New York while waiting in a line to watch a movie. At the time, Barry was a psychology student.

After a blissful dating period, Barry and Tanya got engaged in a subway station. The duo tied the knot in 1974 in a beautiful wedding ceremony.

Their 32-year-long marriage, however, didn’t bear any kids.

Tanya reportedly quit “The ’70s Show” to take care of Barry after his encephalitis diagnosis.

Who Was Tanya Roberts Third Husband?

Besides Lance, Tanya was survived by her sister Barbara.

According to his IMDB profile, Barry was born in 1946 in New York City, New York. Little to no info is available on his family and early life.

That said, Barry was the former brother-in-law of Timothy Leary.

With a psychology background, Barry reportedly pursued a career in screenwriting. As an actor and screenwriter, he boasted a credit on the 1991 flick “Legal Tender”.

Barry Robert’s net worth, at the time of his death, was private information.