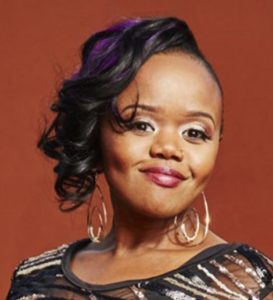 Lifetime‘s Little Women: Atlanta might be a spin-off series to Little Women: LA, but the stories and the depth the cast members bring in the show is truly original. The show, which follows the lives of Atlanta-based little women (those suffering from dwarfism) returned to the screen on January 22, 2021, for its sixth season.

While there have been 13 different women in the last five seasons of the show, we will only talk about Tiffany “Monie” Cashette in this article.

From her general wikis to net worth and dating life — this wiki-article has it all.

Tiffany “Monie” Cashette was born on October 26, 1982, which meant her age was 38 as of February 2021. Like every other year, the Little Women: Atlanta star celebrated her birthday on the 26th of October. Going by her birthdate, Tiffany’s zodiac sign is Scorpio.

Tiffany “Monie” Cashette was born in Houston, Texas to her caring parents. She received care and affection from all of her family members growing up, especially from her dad Lawrence and mom Felicia Andrea Wardsworth.

However, the love and care from Tiffany’s mom were short-lived as she passed away from Scleroderma when Tiffany was only 18. That is the reason why Monie supports organizations dedicated to fighting against the disease wholeheartedly.

Some of her other family members’ names include Lawrence Jr. (brother), Tony (Cousin), and Donald Wardsworth (stepfather).

Tiffany suffers from a rare type of dwarfism called NPR 2.

While the show is about little women, many people are confused as to if Tiffany “Monie” Cashette who stands at a height of 4 feet 6 inches qualifies as a little woman.

As per Little People of America (LPA), the average height of a person suffering from dwarfism is 4 feet but it may range anywhere from 2 feet 8 inches to 4 feet 8 inches. According to that definition, Tiffany clear fits into the category of a little woman.

To talk about her weight, she weighed no more than 45 kilograms until the end of 2020.

Tiffany has used the great platform of Little Women in doing many great deeds. One of them is to support non-profit organizations that work to fight against the disease called Scleroderma.

Besides being a reality TV star, Tiffany is a voice actor too. She voiced the character ‘Monie the Ladybug’ on the kid’s show, Nubbin & Friends.

The reality TV star and voice-over actor is a businesswoman too. She has her own t-shirt line. Furthermore, she has plans on launching her shoe line called “MonieRose” and production company called “Little Woman, Big Business.”

Tiffany “Monie” Cashette’s net worth is reported to be under $500 thousand as of February 2021.

Tiffany joined Little Women: Atlanta as a starter. From seasons 1 to 4, Tiffany was a main cast member. However, in Season 5, Monie temporarily left the show and only made few guest appearances that season.

Tiffany left the show in season 5 to meet her son, Derrick “D2” Beckton Jr. since she lost custody battle to bring her son to Atlanta to live with her.

However, as soon as Season 5 was completed, Tiffany announced that she would be joining the show again as its core member, which she did eventually.

Before Tiffany “Monie” Cashette was in Little Women: Atlanta, she was married to her husband Derrick Beckton Sr. While not much is known about how long they dated before their wedding, it is a known fact that they produced a son Derrick “D2” Beckton Jr.

After Tiffany parted her ways with Derrick Beckton Senior, she was involved in a relationship with Morlin Ragland. In August 2016, Monie got engaged to Morlin. Then, in 2017, the pair got married in a big wedding ceremony, much of which was shown in four special episodes of Little Women: Atlanta. 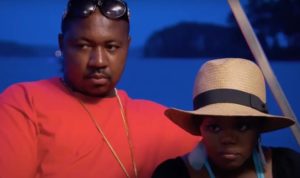 Tiffany with her ex-husband Morlin Ragland.

However, as their relationship progressed, certain aberrations began to occur which ultimately made them decide to divorce each other.

No, Tiffany “Monie” Cashette isn’t married. As of 2021, she was living a single life.

In the Instagram video of June 2019, Tiffany “Monie” Cashette told her fans that she and her then-husband, Morlin would be getting a divorce soon.

While none of the parties have spoken up after the announcement, fans presume that the pair has already taken a divorce.

Though Tiffany had lost the custody battle to move her son D2 with her to Atlanta initially, she and her baby father both share equal custody now.