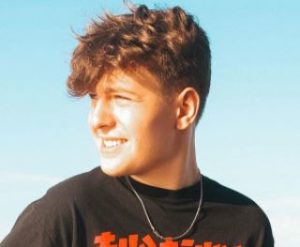 If you are a Fortnite fan, there is no way you don’t recognize the name Clix. The popular gamer/ Twitch streamer is one of the biggest Fortnite players who swept the first place at the WC 2019 NAE Qualifiers — Week 9 in June of 2019.

Unfortunately, in Feb 2021, Clix got banned “permanently” from Twitch. Like many other streamers, he had fallen victim to the platform’s “community guidelines” violation.

It was Feb 15, 2021, when Clix first revealed the news of his Twitch account ban. He took it to his Twitter to write,

“Perm ban… on everything I love.”

Also, he posted a picture of the message he received through Twitch. It seems that Clix was banned for accidentally opened a folder that displayed a revealing picture on the screen — which broke the “Nudity, Pornography, and Other Sexual Content” code.

After learning about this, his fans immediately started the “#freeclix” trend on  Twitter, demanding his unban. They strongly believed that Clix didn’t deserve the ban and it was an accident that the picture appeared on his screen.

This was Clix’s third ban on Twitch. Previously, he was banned in November 2019 after streaming with Zayn, and next was on Nov. 2020, hit by the DMCA takedown notifications.

Clix was born on January 7, 2005, in Connecticut, US. That made him 16 years of age in 2021. Corresponding to his birthday, he is of the Capricorn zodiac.

Talking about his family, Clix’s parents are divorced. He mostly lived with his father Scott Conrod and also spit time with his mother. We saw a few of his posts complaining about how “the internet at his mom’s house wasn’t good enough to stream in.”

Reportedly, it was Clix’s father who first bought him a gaming PC. However, Clix had to sign “a contract promising repayment and to do odd jobs for him” to repay the debt.

Though Clix’s dad was skeptical about his son deciding to play for a living, he proved himself and made him proud. Clix’s father even had a Twitter account named “Clix’s Dad” with over 31K followers. A proud dad indeed, he often posted about his son’s achievements.

As for Clix’s sibling, he has an older brother named Trevor Conrod who first introduced him to video games. Clix shared that he would often sneak into his brother’s room to play Call of Duty: Zombies.

Little info on Trevor: He is a fitness trainer who worked at Lifeweight Fitness Health Club. Also, he is a certified pro at POUND and an AdvoCare distributor.

Clix was 5 feet 9 inches tall and weighed under 79 kg at the age of 16. He might even grow taller with each passing birthdays.

His posts were majorly based on Fortnite montages and featured a few of his personal life.

Clix Net Worth: Is He A Millionaire Yet?

The five-times Fortnite World Cup qualifier, Clix shared that he earned over $320,000 through tournaments. He joined the Misfits Gaming on March 31, 2019, and was later signed by NRG Esports in July 2020.

Just by Jan 2020, Clix had won $250 thousand from Fortnite. He placed at 18th position in solo Fortnite WorldCup and from there, his career took off.

Started with a gaming PC bought from his dad’s money, he now had the top-spec computer possible out there. In 2021, he was playing on a 9th Gen Intel® Core™ i9 9900K CPU with 64GB Dual Channel HyperX Ram and the 11GB graphics beast NVIDIA GeForce RTX 2080 Ti.

Trivia: Before Clix found his career in Fortnite, he used to play basketball and compete in track.

On Valentine’s day, 2021, Clix surprised his fans with the news about his girlfriend. He wrote over Twitter,

“Wont be able to play tomorrow, my girlfriend is making me chill w her for “valentines day” like what the f**k is this.”

However, many fans didn’t believe him at all and filled the comment section with sarcasm and puns.

Previously, he also took it to his IG to share “Looking Left cause these girls won’t treat us right.” But over the pic, he and the streamer StableRonaldo were looking right. Could he be hinting something to us?

As of Feb 2021, Clix was hanging around with the TikTok stars, Dixie and Charli D’Amelio. He let us know that a collab was coming soon.

Also, Clix revealed that he was trying to get in touch with Charli D’Amelio since 2019. But she never replied! Poor Clix.