Home EntertainmentThea White Cause Of Death, Husband, Net Worth, Kids

Thea White Cause Of Death, Husband, Net Worth, Kids 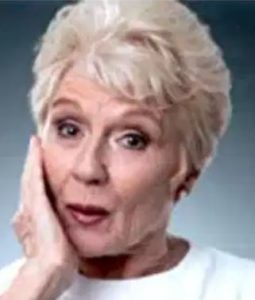 One might remember Thea White (or rather Thea White’s voice) as the voice of Muriel Bagge on the famous animated comedy-horror series Courage the Cowardly Dog. Sadly, the legendary actress died on 30 July 2021 and her brother John Zitner confirmed her dead.

Read about the life and career and death of Thea White. Find everything you need to know about her and her family, including her husband, kids, etc.

Thea White Cause Of Death

On 1 August 2021, John Zitner, brother to Thea White, came to the media to announce Thea’s death. According to John, she died “peacefully of complications from surgery”.

Apparently, Thea had recently gone through surgery for liver cancer. They were able to cut out cancer but the surgery resulted in infection. Another brother, Brad Zitzner, wrote on Facebook, “…she fought hard with the courage to try to beat her liver cancer and to resume life or to die trying.”

Two days before the surgery, Thea had recorded a video jovially talking about her surgery and recovery. Her brother John posted those videos on Facebook. Thea looked very happy in those videos and mentioned that she would recover faster if she could watch videos of young kids of her family playing in the ocean.

After her death was announced, there was a barrage of tributes from family members, friends, and fans.

About a week before her death, SyFy Wire had released a trailer of an upcoming Courage the Cowardly Dog and Scooby-Doo crossover movie. Sadly, Thea White won’t be able to voice Muriel Bagge in the movie the way she did all those years ago.

Courage the Cowardly Dog ran for four seasons on Cartoon Network between 2000 and 2004. Courage the Cowardly Dog was about Courage, an easily frightened dog played by Marty Grabstein, who is found by Muriel Bagge, an elderly Scottish woman played by Thea White, who takes him as her own. The third main lead of the show was Eustace Bagge, husband of Muriel and played by Lionel Wilson and Arthur Anderson.

Her Age: How Old Was Thea When She Died?

As you might have guessed based on her brothers’ names, Thea’s maiden name was Zitzner. She White was born as Thea Ruth Zitzner in Newark, New Jersey in a family of performers. Her mother, Eleanor Hazard, was involved in vaudeville as a performer and so was her grandmother, Eva.

We do not know where Thea went to high school, but after high school, she joined the Royal Academy of Dramatic Arts to study acting. She was also a member of the American Theatre Wing.

We do not know anything about her father and we have already mentioned her two brothers John Zitzner and Brad Zitzner. There was also her nephew Kurt Zitzner, one of her brothers’ sons, who wrote a very heartfelt tribute to his aunt upon her death. You can read the long, beautiful tribute here.

Based on all the tributes coming her way, it looks like Thea was really close to all her family. She was often referred to as “feefer” in the family. And her brother Brad called her “greatest cheerleader to me and my family”.

The White was a woman of average height. She stood at a height of 5 ft 6 inches. Her other distinct features include her short boys cut silver hair, wrinkled but still beautiful face, and her grey-blue eyes.

Thea was on Facebook but she was not on Instagram. She was not a big social media personality. On Facebook, which was the only social media platform she was present on, her name was Thea Ruth White and she had only 78 friends.

Despite her long career as an actor, Thea did not have many TV or film credits. She made her acting debut in 1999 with Courage the Cowardly Dog. And that remained her most memorable performance to date. She has reprised her role of Muriel from the original series to the video game Cartoon Network Racing (2006), on 2014 movie short The Fog of Courage.

However, she had a large experience on stage productions. She began her theatre career in Dallas, Texas. During the early days of her career, Thea had worked as a personal assistant for Marlene Dietrich during her Australian tour.

According to her IMDb profile, Thea White also worked as a Librarian at Ruth L. Rockwood Memorial Library in Livingston, New Jersey, in 2005. And by the time she died, Thea had collected a net worth of over $800 thousand.

Thea White was married to Andy White. Her husband was actually a very famous musician. Before Ringo Star joined the Beatles and the Fab Four was formed, the band used to have a different drummer, a Scottish man named Andrew McLuckie White, or Andy White, husband to Thea White.

Andy was also an actor and one credit as an actor in a movie called Gonks Go Beat. He had appeared in a lot of TV shows and documentaries as himself. The 2012 documentary Love Me Do: The Beatles ’62 featured him. He actually played the drums in the famous song Love Me Do.

Thea married Andy in January 1983 and they remained husband and wife until Andy’s death in November 2015 at the age of 85.

Did Thea White Have Any Kids?

We do not know if Thea White and her husband had any kids. Considering that both of them were very famous and still there was no news of any kids, they might not have any kids at all.

4 Replies to “Thea White Cause Of Death, Husband, Net Worth, Kids”