Did Pete Davidson’s Father Really Die In The 9/11 Attack? 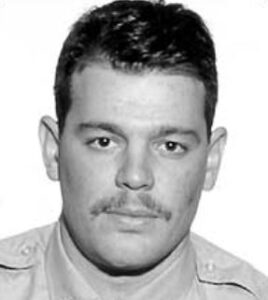 As the world marked the 20th anniversary of the deadliest 9/11 terrorist attacks on 11 September 2021, many emotional tributes were paid to lives lost. Once again, families/friends struggled to hold back tears as they stood at the site of the Twin Towers destroyed by al-Qaeda militants, remembering their loved ones. Amid the tributes paying and memorials held, let us remember your favorite Pete Davidson’s father Scott Davidson.

Scott was one of the 2,977 people who died in the terrorist attacks against the United States of America on the morning of Tuesday on September 11, 2001.

And the writing below is just about that, an explanation to —”Did Pete Davidson’s Father Really Die In The 9/11 Attack?.”

Read Next: Thea White Cause Of Death, Husband, Net Worth, Kids

Who Was Pete Davidson’s Father?

Pete Davidson’s father Scott (Matthew) Davidson was 33 years of age when he died on 11 September 2021.

Back then, the patriarch was married to Pete’s mom and had two kids: Pete and his younger sister Casey Davidson. Pete and Casey were raised Catholic.

While professionally, Scott was a firefighter (since 1994). He served at Ladder 118 Company in Brooklyn Heights‚ New York. It was a lifelong dream of his and often he said it was “the greatest job in America.”

Did Pete Davidson’s Father Really Die In The 9/11 Attack?

So, a New York City firefighter Scott Davidson, Pete Davidson’s father, breathed his last air in service. He was last seen running up the stairs of the Marriott World Trade Center, just before it collapsed in massive dust clouds during the September 11 attacks.

He was on the clock and was dispatched to the World Trade Center after a second hijacked plane hit the South Tower.

Pete, just 7 years old at the time, had not said anything publicly about losing him, until his 15th memorial when he decided to purge on Instagram as well as Twitter with a — “Can’t believe tomorrow is going to be 15 years. Missing the legend !!! Thank u all for ur kind words and support as always #werememberthem.”

Since then the SNL star has been sharing how profoundly he was affected by the loss. In fact, he shared that there is not a day that goes by where he does not think of his dad, his “hero”.

This year (2021) too, Pete honored him and the others, co-hosting a benefiting 9/11 charity show “NYC Still Rising After 20 Years: A Comedy Celebration”.

Over the years, the co-writer of the film The King of Staten Island has been speaking for 9/11 first responders and their families.

After Pete and Ariana announced their engagement in July 2017, the “Bang Bang” singer was seen with a small tattoo of the number 8418, which is Scott Davidson’s badge number. Pete too has the numbers tattooed on his left arm.

Ariana was also seen wearing a gold necklace with a pendant of Scott’s FDNY badge; which some criticized. Pete, meanwhile, had commented back with:

“For ur information that’s not just some girl, that’s my fiancé. She’s the greatest person I know. I gave it to her because she has my heart and that is the most precious thing I own. My dad would be so happy and love her so much.”

But shortly after Pete made such claims, their engagement was called off in October 2018. 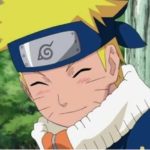 Previous: Is Naruto The Best Anime Ever?
Next: Sam Sheen Bio: Boyfriend, Net Worth, Height

2 Replies to “Did Pete Davidson’s Father Really Die In The 9/11 Attack?”