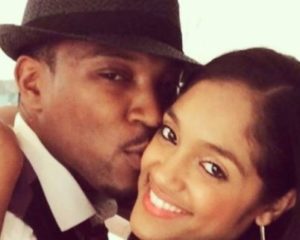 Danielle Isaie might have worked her whole career as a talented actress but many know her as the wife of the I Am… star Ashley Walters. So, here we are rescuing her from this silhouette, and shedding more light on her private life.

Keep reading this Danielle Isaie Wikipedia to learn more about her.

Corresponding to her birthday, Danielle is of the Sagittarius zodiac.

Danielle Isaie is Black (African). Although her Facebook mentioned that her hometown was “London, United Kingdom”, Danielle in fact hails from St. Lucia, Caribbean (where more than 85% of the population is of African ethnicity).

Talking about her hometown, Danielle shared that the most beautiful thing about St. Lucia was the sun, sand, and sea. She added, “Especially riding at the back of our open-air pickup truck looking up at the beautiful stars as a warm breeze hits my tanned skin.”

As per Danielle, her parents were an inspiration and an example of “what a beautiful and long-lasting, true and real marriage” really was.

Ever since Danielle’s mother was diagnosed with cancer, Danielle has been taking part in every possible fundraising program for cancer patients. The last we saw Danielle, she was running at “Race for Life” held in London.

A brown-eyed beauty, Danielle has a triangular face, naturally wavy hair (that she liked to straighten), and pierced ears and nose.

As of August 2021, Danielle Isaie entertained 17.6K followers over Instagram @daniellewalters82. Most of her posts then featured her family life and her travels.

An actress since young, Danielle was scouted by a children’s agent at the renowned drama school Anna Schear. She was then invited to play “Rochelle” in the children’s program The Crust (2005), and “Candice” in Sugar Rush (2005).

After receiving enough praises, Danielle then decided to enhance her career by joining London’s The Poor School. Right after graduation, she then landed multiple roles and hit the limelight.

As of 2021, Danielle Isaie and Ashley Walters were married for over 8 years. They celebrated their wedding anniversary on June 22, and often wished each other over each one.

On their 8th anniversary, Ashley took it to his IG to write, “What anyone else thinks of us is none of our business. We know what we have! This is lifelong. Just us. Happy Anniversary Queen.”

Also, Ashley’s love for his wife has been literally imprinted on him. If you haven’t noticed, Ashley has tatted Danielle’s name over his left arm.

The duo shares two children, Amaiya-Love and River. Besides them, Danielle has a son named Jay Kaizen from her previous relationship. He is a TikTok star with over 1.8M followers.

On Jay’s 19th birthday (i.e. on September 27, 2020), Danielle shared series of pictures over her IG with a long caption. A part of which wrote, “We are all so proud of you and Mummy the proudest of all for giving birth to such a wonderful human being.”

Furthermore, Danielle is also a stepmother to Ashley’s 5 kids from his former two relationships. They are Shayon, Panerai, and China (with Natalie Williams); and  Antonia and Ashleigh (with another unnamed woman).

So, in total, Danielle is a mother of eight.

One of Ashley’s kids has already welcomed a baby girl, making the couple young grandparents.