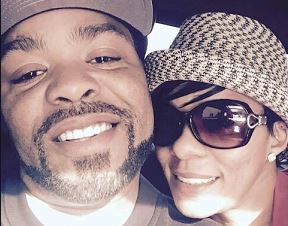 Tamika Smith is the wife of Clifford Smith Jr. or better recognized by his stage name, Method Man. Method Man rose to fame, alongside his Wu-Tang brethren, in the 90s with their hardcore rap.

Although not confirmed, Tamika’s maiden name is Muldrow. What’s more, info about her early life remained a private affair.

Compared to Method Man, Tamika Smith appears shorter in height. While the rapper stands 6 feet 3 inches, she is under 5 feet 8 inches tall.

As of February 2021, Tamika was available on Instagram. On the platform, she kept a low profile.

Tamira, meanwhile, didn’t seem to have a presence on Twitter and Facebook. Either this or she was on those platforms with different usernames.

Everyone is familiar with Method Man’s work. From his initial musical output with Wu-Tang Clan to his musical chemistry with rapper Red Man, Method Man was one considered the best rapper alive. Dabbling in acting, he also starred in numerous movies and TV shows.

Tamika, on the other hand, stayed away from the limelight. Working behind the scene, she helped Method Man foster his career.

According to this LinkedIn profile, Tamika worked as a Personal Assistant For Method Man Entertainment. She held the gig for 5 years 1 month, from January 1997 until January 2002.

For a year, Tamika held the job at SIDDO. While there, she was a Caretaker and Developmental Aid for adults with physical and/or learning disabilities.

Talking academic qualifications, Tamika received nursing education from ONEONTA JOB CORPS in the early-90s. She then completed a 75-hour course at the Richmond County Real Estate Institute. Also, in 2013, Tamika took an Entrepreneurial and Small Business Operations course at the College of Staten Island.

As the LinkedIn profile noted, Tamika is the owner of a small business in the beauty industry. In her free time, she likes to workout, study real estate, watch football, and hang out with my family. She also enjoys dancing, eats a good meal, and a good laugh.

Tamika Smith’s net worth isn’t a public record. Meanwhile, her husband possessed a $14 million net worth.

Tamika Smith secretly married Method Man in 2001. As such, details about their wedding weren’t known to the rest of the world.

Together, Tamika and Method Man went on to have 3 kids. Their names, however, aren’t available on the internet.

Protective about his wife, Method Man felt aggravated when Wendy Williams revealed Tamika was undergoing cancer treatment. Up until that point, neither Tamika nor Method Man had shared her diagnosis. Wendy also claimed Method Man had an affair with her and a doctor who treated Tamika’s cancer.

Unsurprisingly, Method Man denied all the allegations laid out by Wendy. Meanwhile, some publications noted the rapper had a child outside of marriage with former video vixen, Modest Jones. Furthermore, few websites claimed Method Man cheated on Tamika with Karrine “Superhead” Steffans.

In late-Jan 2021, on the eve of Wendy Williams’s biopic, the alleged affair surfaced. At the time, Wendy spoke about their one-night stand and claimed the rapper would deny it.

Fed up with Wendy’s constant provocation, Tamika took to IG and addressed the allegations. The statement read— “For years, I kept my silence while Wendy Williams launched constant verbal attacks against my husband, myself, and our family… In an obvious attempt to increase ratings for her sad biopic, her struggling TV show, and her burnt-out career… Wendy has proven once again that she is incapable of any decency… Her career is on life support, her husband has abandoned her, and the ratings for all of her projects are down.”

Tamika ended her statement by writing— “For the record, my marriage is solid, my husband continues to enjoy a successful career, and Wendy will forever be one of the most miserable bitches on the planet.”