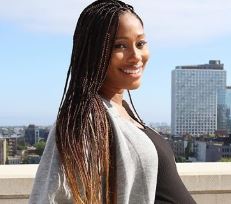 Delve into Tahira’s biography and learn about her baby, husband prospect, and net worth. Moreover, read about her parents, siblings, and height!

On 28th May every year, Tahira Francis woke up to birthday messages on her smartphone. Therefore, she carried Gemini for a Sun sign.

An exemplary daughter, Tahira Francis made her parents proud because of the woman she became. More so than her father, Tahira flaunted her mother — Maureen Denton — on her Instagram.

Back in December 2019, Tahira provided an insight into her family life by posting a throwback picture. Sharing a photo from their trip to Austria in 2000, she labeled her mom “my ACE!”

From what the fans knew, Tahira didn’t seem to have any siblings. However, she treated cousins Egypt Criss and Tryan Moore like sister and brother respectively.

After graduating from high school, Tahira attended Sarah Lawrence College. She graduated from the same with a BA degree in Economics and Spanish.

Additionally, Tahiry took courses in Economics and Political Science at New York University and the University of Cape Town.

Beauty with a purpose, Tahira Francis stood above 5 feet 5 inches in height. Likewise, she reportedly had around 59 kilograms of weight.

After joining the cast of “Growing Up Hip-Hop,” Tahira’s stocks skyrocketed. So did her social media numbers.

By mid-June 2020, Tahira had collected 65.8k IG followers and 7k followers on Twitter. She was also available on Facebook.

For two years, from September 2012 And April 2014, Tahira worked at “Brianworks Capital Management” as an investment analyst.

Tahira then landed a job in the wealth management department of “Bank of America Merrill Lynch”. In August 2015, she quit the position and joined “Davis Folk & Wardwell LLP.”

In January 2019, Tahira founded “SoyiniTales” — a facilitator in content creation through a compelling narrative.

Tahira’s career in showbiz had begun in September 2017 when she began producing shows for networks like “CMT,” “MTV,” “CNBC” and “E!”

Per her IMDB profile, Tahira served as a producer for the reality TV series “Siesta Key”. Also, from 2017 until 2019, she appeared in 35 episodes of “Growing Up Hip-Hop”.

From her career as a banker, talent producer, influencer, and reality star, Tahira Francis reportedly owned a $2 million net worth.

Before Tahira Francis entered her 30s, she found an ideal man in Shawn Rogers. Fans were surprised to know Shawn was a white man. 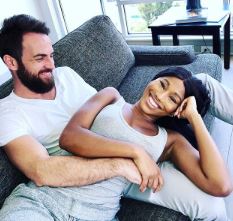 Tahira kept her dating life with Shawn private for a long time. In March 2020, she finally revealed him as her boyfriend and shared they were quarantining together.

In February 2020, Shawn popped the big question in front of their friends. An elated Tahira accepted his proposal. As noted by Heavy.com, the engagement was special because her mother had flown from Jamaica for the occasion.

By the time Tahira and Shawn became an engaged couple, they were already expecting their first child. By their admission, the pair hadn’t planned the pregnancy but were happy upon finding out the baby news.

On 7th June 2020, Tahira gave birth to a baby boy named Laith Fitzpatrick Ayan Rogers. With the news, Shawn became her baby father before he could become the reality star’s husband.

Because of the Coronavirus pandemic, Tahira and fiance Shawn stated they would start planning for the wedding in Fall 2020.