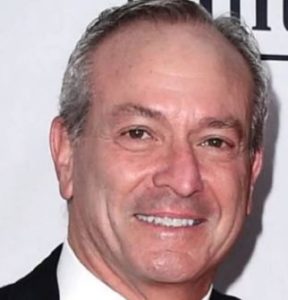 A business financier by trade, Joel Schiffman became a household name once the public got aware of his romantic ties with the “Today” co-anchor Hoda Kotb.

Read along to unpack’s essential details related to Joel including his wiki, net worth, and ex-wife!

Before Hoda Kotb, Joel Schiffman enjoyed a tenure as a married man. With his first wife, he shares a daughter Kyle who studied in France.

The identity of Joel’s first wife isn’t common knowledge. So are the details of their divorce and relationship history.

For her part, Hoda was married to tennis coach Burzis Kanga. The  “Today” co-host and former life partner Banga divorced in 2008 after three years of marriage.

Engaged To Get Married! Wedding Info?

Joel Schiffman met future girlfriend Hoda Kotb at her book signing event in 2013. After jotting down her autograph, the celebrated TV personality handed him her email address. The two would get to know each other in subsequent meetings.

Haley was joined by Hope Catherine in 2019 as Joel and Hoda adopted their second daughter.

Commemorating the groundbreaking year (i.e. 2019), Joel and wife prospect Hoda got engaged while on a trip to Mexico. On 25th November that year, the “Today” co-anchor broke the engagement news on air. At the time, she didn’t spill beans about their future wedding.

“We are guessing that it will [get postponed]. It was a destination wedding, which would mean people are getting on planes so we were kind of holding out to see what could happen but the destination that we were going to is turning into one of the hot spots so it looks like we may have to postpone. We’re kind of bummed about that because the place we were going was like our favorite place on Earth. We love it. I know we should say, ‘Who cares, it doesn’t matter’ but we waited a long time so I sure hope we get to have it.”

Since Joel opts not to speak on his childhood and family life, info on his siblings and biological parents escaped public records.

In November 2003, Joel then joined “Trail Ridge Capital, LLC” as the company’s director of marketing. Leaving the gig in September 2005, he began working for “Reed, Connor & Birdwell.”

In January 2019, Joel commenced working for “Schroder Investment Management” as its head of US defined contribution and insurance sales.

Per reputable sources, Joel has a net worth above $10 million.