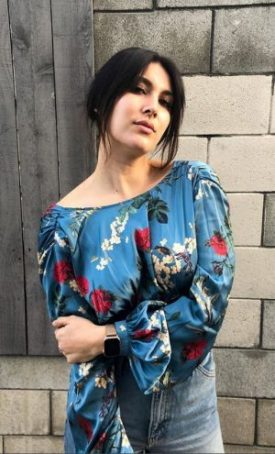 The digital entertainment world is on the verge of a revolutionary uplift with a platform such as YouTube, Twitch & Imagine Games Network (IGN) supporting its rapid growth. Sydnee Goodman also took part in this rollercoaster ride and look where it took her. Not only is she a renowned gamer, but also the host of The Daily Fix show that airs five days a week.

In addition to that, she also partnered to work for the likes of BuzzFeed, Red Bull Media House, and posts video on her self-proclaimed YouTube channel.

Interested to know more about her? Dive right into the article below penned in wiki format!

Sydnee Goodman turned 25 on 7 March 2019 and comes from the city of Los Angeles, California. As a child, Sydnee was a promising child excelling in her studies.

Soon after completing high school, Sydnee joined Champman University in 2013 where she explored the field of biology. In 2016, she completed her bachelor’s in human biology.

However, her father Randy Goodman invoked the passion of gaming into her. Growing up, her mother, Deena Goodman was often sick and she did not get to go outdoors often.

During that period her father and brother, Calvin Goodman introduced her to gaming. More often than not, the family could sit in front of the gaming console and play games for hours.

To mention her heritage, Sydnee Goodman is half-Filipina. While her father is Caucasian, her mother immigrated to the US from the Philippines.

Tall – 5 feet 6 inches height – and beautiful, Sydnee has built a reputation for herself in the world of gaming. 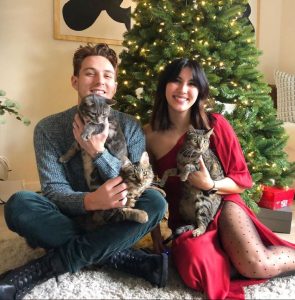 The gaming platform provided Sydnee with everything she has, also the love of her life.

It so happened that Sydnee first met her future husband Alex Rubens at a Call of Duty tournament. The two instantly developed a liking for each other and ended up going on a date of ping pong and arcade games.

One thing led to another and they fell in love with each other. Since Alex was not based in Los Angeles and worked as a writer in another place, the two maintained a long-distance relationship for a while.

But that soon ended as Alex moved to Los Angeles and the two tied the knot on 2 June 2018 in a beautiful wedding ceremony.

Married at The Ranch in Laguna Beach, Sydnee and Alex opted to incorporate their passion for video games on the big day. Writing about the wedding, she once shares:

“I was determined to make the wedding as much about us as possible, and we met through our passion for games.”

As of February 2020, Sydnee and her husband Alex hadn’t conceived kids yet. Instead, they owned three kittens for children.

The gaming world erupted into a new trend in 2018 and since then it has made great progress coming down the years.

Sydnee Goodman is also an integral part of the gaming community which has both fame and money associated with it. Starting as a YouTuber, the IGN host posted vlogs on the trending digital entertainment spaces.

After that, she worked with BuzzFeed as their social media strategist promoting gaming merchandise and culture all over. Seeing her excellent command in front of the camera, IGN called her up as the host for their show The Daily Fix in 2018.

Now, Sydnee Goodman earns around $100 thousand in salary annually from her hosting job and accumulates a satisfying $500k plus net worth for herself.

Joey Gugliemelli — also famous from the stage name “Sherry Pie” — is a drag persona who lends...