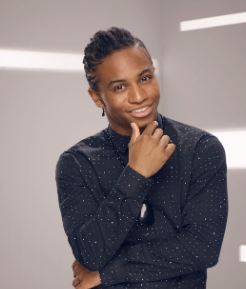 Fik-Shun began dancing as a five-year-old boy. He became a household name after getting crowned the “So You Think You Can Dance” champion in 2013. His “World of Dance” stint, however, wasn’t as much success.

By carefully going through Fik-Shun’s wiki and get familiar with his relationship history and net fortune.

On 2nd September 2019, Fik-Shun turned 25 years of age. His parents had bestowed with the real name Du-SHaunt Stegall.

A native of Wichita, Kansas, 12-years-old Fik-Shun and his father moved to Las Vegas. It is in the Gambling Capital of the World that he began competing in dance contests.

Beyond dance, Fik-Shun was a keen Tae Kwon Do student. Admittedly, both passions complemented each other very well.

Along with Amy Yakima, Fik-Shun won the 10th season of “So You Think You Can Dance.” Four years later, he competed in the NBC dance competition show “World of Dance” but couldn’t win it.

Longing for more, Fik-Shun dabbled in acting and starred in movies and TV shows such as “Making Moves,” “All Styles,” “Eff: Stimme” and “Player Won: Welcome To OZ.”

An equally popular figure across all of the internet, Fik-Shun allegedly flaunts $500k net worth.

Being a prolific dancer, it’s only right that Fik-Shun would fall for someone with a similar caliber. Model and dancer Cassidy Payne certainly checks all the boxes. 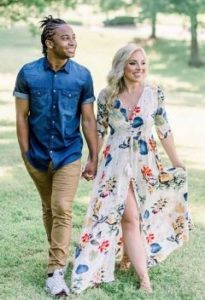 Fik-Shun and girlfriend Cassidy commenced dating in the summer of 2018. When 2020 came around, the duo was still together. Getting married was still on the cards for them at the time.

Like the pro dancer, Fik-Shun’s potential wife Cassidy Payne has trained in Jazz, Ballet, Contemporary, Hip-Hop, and Tap. As of February 2020, she owned 208k+ Instagram followers.

Cassidy Payne Making Moves Player Won: Welcome To OZ So You Think You Can Dance World of Dance