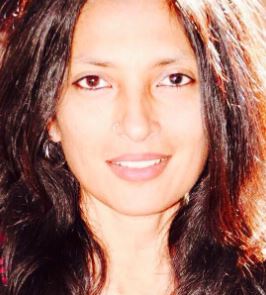 With the release of the Netflix documentary “My Octopus Teacher“,  Craig Foster’s limelight has splashed over his wife, Swati Thiyagarajan.

Craig may have formed a beautiful relationship with the wild octopus on the show, but Swati was the lady who he had an even stronger bonding with.

Here is everything you need to know about Craig Foster‘s wife, Swati.

Swati Thiyagarajan was speculated to be younger than her husband, Craig. That made her age somewhere around the mid to late the 40s’.

Also, she celebrated her birthday every Jan 10. Corresponding to which, Swati is of Capricorn zodiac.

Born and raised in Chennai, India, Swati Thiyagarajan comes from Indian ethnicity. Also, she might be “Tamil” to be specific.

Talking about her family, Swati shared that she felt blessed to have a dad who was passionate about animals and nature. She added,

“A student of Rishi Valley School, he was influenced by J. Krishnamurti.”

Furthermore, her father’s best friend, Siddharth Butch (ornithologist and photographer) whom she referred to as “Siddharth uncle” was close to her.

Swati recalled that uncle Siddharth would often take her out into the forests of the Theosophical Society on the Adyar river and he taught her to love and appreciate the living world.

Also, she would approach animals, tamely picked them up, and showed it to Siddharth when she was a child.

Unfortunately, Siddharth lost the battle to cancer and passed away when Swati was turned 16 years of age. After that, Swati confessed that she lost the childlike ability to be entirely open and grew skeptical about direct communication with animals.

Furthermore, Swati was only a child when she realized that “humans were not the center of existence”. How many of us have realized that or have yet to realize it?

“I had a wonderful mix of nature, philosophy and natural history as part of my education. What I learnt on those weekends were more important than all of the formal education I received.”

As for her “formal” education, she went to a local Chennai school.

Mentioning her distinct features, Swati seemed like a shy girl. And like her husband, Swati wore glasses too.

You may like – John Shearer Wiki: Age, Job, Net Worth, Clea Shearer, IG

Swati Thiyagarajan is an environmental journalist who worked for NDTV for over 23 years.

Reportedly, she joined NDTV in March 1997.

As a wildlife expert, Swati published articles for the NDTV website. She wrote about Tigers, Whale, Elephants, Climate change, and everything related to the welfare of the environment.

Apart from her job at NDTV, she also wrote books. She published a book about animals native to India and Africa titled, Born Wild in 2017.

“What we’re doing to the environment doesn’t just affect animals, but us as well.”

In 2020, Swati Thiyagarajan’s net worth was estimated to be above $800 thousand.

Swati Thiyagarajan and Craig Foster married on December 21, 2012, in an Indian style wedding.

Here’s a picture of their marriage. 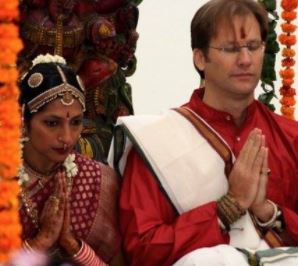 As for their kids, Swati has a step-son named Tom. However, they together did not share any child.

Apart from this, Swati and Tom have both collaborated on Craig’s documentary “My Octopus Teacher“.

Reportedly, her son, Tom assisted with the development of the documentary by composing tracks and working on the audios of the show.

Moreover, Swati also worked with Tom on The Animal Communicator (2012).

In 2020, Swati was living with Craig at False Bay, hillside area.

Friendship has no limitations. Be it a cat or a dog; tiger or a gazelle, bonding is an instinctive call for...