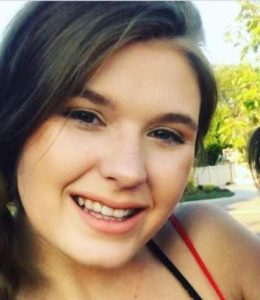 Discovery Channel has been entertaining its audience with the reality show Deadliest Catch since April 2005.

Over years, the show featured many captains, their camaraderie with their fellow captains, and relationships with their crews, not to miss their competition with other boats in the hunt for crab.

One of them is Scott Campbell Jr who is been talked about lately after the show launched the new season (17) on April 20, 2021.

After getting to know him up and close in the Scott Campbell Jr Wiki, here is similar writing concerning his daughter Stormee Campbell.

When Scott is not busy during the Alaskan king crab and snow crab fishing seasons, he is seen spending time with his family, including his youngest Stormee.

Viewers began to share their opinions on Twitter after Scott decided to leave his job on the sea to return home and care for Stormee.

Then the show showed Scott and Lisa deciding whether or not to leave the boat to look after their daughter.

Fans obviously reacted to Scott and his wife caring for Stormee. Though they also thought that only Stormee’s mother should have returned.

Stormee was not sharing updates on her Instagram since early Jan. 2021. But, as she returned to the platform in early April, followers were somewhat assured that her health was back on track.

Stormee Campbell stands to a height that is under 5’6”. She is naturally brunette and she got herself a tattoo that covered her entire years ago in 2013.

As prior mentioned, Stormee is the daughter of a second-generation crab fisherman. Also, her dad Scott is the owner at Cordova Outdoors and works at F/V Seabrooke.

Her dad Scott began his life as a fisherman following in his father Scott Campbell Sr.’s footsteps. Originally from Wala Wala, Washington, he struggled to gain his own standing as a captain. All along, he married his wife Lisa Campbell and started a family.

Scott and Lisa are still going strong living in their hometown of Meridian, Idaho, setting couple goals among their people especially their daughters, Stormee and Trinidy.

Stormee’s sister, Trinidy, went to Wa-Hi. At the time, she lived in Meridian, Idaho, and was in a relationship with Kaden Kilburg. (Kaden is an Electrician Apprentice at A-1 Heating & Air Conditioning & Electric.)

On her Facebook, Stormee also listed the people: Kelsey Pisca as her sister, Larissa Ewing and Kristin Valenti as aunts, Irish Clark IV, Allee Ewing, and Shalisse Ewing as cousins, Kay Scudder as her grandmother, and lastly, Taraka Pyper and Robin Campbell as family members.

Stormee Campbell is a pet groomer and she owns a full-service grooming salon for pets. She named her pet grooming firm, Grooming by Storm and ran separate Instagram and Facebook profiles for the business.

It seemed she also earned good-enough sums from the OnlyFans app where she charged $15 per month as the subscription rate.

For the net worth, the 2013 graduate of Walla Walla High School reported less than an estimated 250K (before May 2021).

Stormee Campbell announced she was pregnant on October 18, 2015. She was 21 at the time. In December, in a celebration among friends and family, she revealed she was expecting a girl. 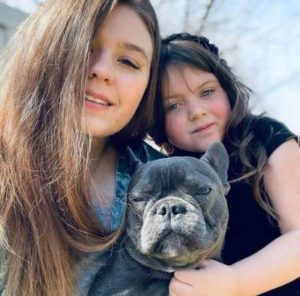 Talking about if he has a husband, one could not tell if Stormee ever married baby daddy. Although because she herself revealed being a single mom, she is certainly not living with Rainee’s father. Instead, Rainee seemed the closest to Stormee’s parents and the whole Campbell folks.

The youngest in the family often accompanied her grandfather on fishing and the Deadliest Catch fans just loved to see those fewer moments.