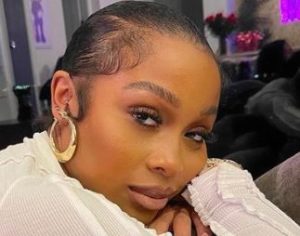 The Instagram sensation, Jayda Cheaves shot into the limelight after dating the rapper, Lil Baby. However, by the time their relationship ended in March 2021, Jayda collected enough fans of her own to call herself a bonafide star.

So, what’s her story? Stay till the end to learn all about it.

Jayda Cheaves was 23 years of age in 2021; three years younger than Lil Baby.

Her birthday falls on September 25, making her the Libra zodiac.

Jayda Cheaves has a sister named Ameerah who is the owner of a salon based in Decatur, GA, called The Glam Trap. Previously, Ameerah went by the name “Jazz” and had a well-publicized beef with Cuban Da Savage.

Like Jayda, Ameerah (though not as much) has a following of her own. In 2020, while she was driving and talking to her fans on Instagram, she flipped the car while still driving. Luckily, no one was hurt.

If you remember while Ameerah still went by the name “Jazz”, she alleged Lil Baby of laying his hands on her. As for the relationship between Ameerah, and Jayda, it has forever been “complicated”.

For those of you confused, Big Dess @1dessdior is not her sister but her best friend.

Aside from her sister, Jayda also has another sibling, a brother named Jaelen who was into design and fashion.

Jayda Cheaves admits to having plastic surgery. She has her body done off and on while she was still in a relationship with Lil Baby. From booty works to breast enlargement, she has done it all.

So, what was she like before surgery? Well, her bust and hips weren’t as big if you compare her past pictures. Moreover, her curves looked bland before as well. (Go check her Soundcloud profile picture, before she changes her mind.) 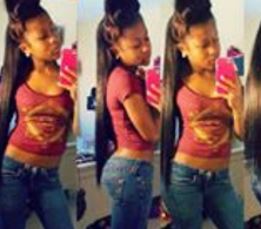 As for the haters, Jayda said that she learned to ignore them even before she had her baby. She said that body shaming was bad for her energy.

From Savannah, GA, Jayda is a 1/4th Mexican. Her grandparents were married for over 50 years in 2021, though her grandmother was only 66 then. As for Jayda’s mom Tricia, she is also an IG influencer. She entertained 94.2K followers over her IG @theofficialtricia before 2021.

Jayda Cheaves is proud of her body measurements at 37-24-39 inches.

Also, she flaunts three tattoos (one over her right butt, an inscription over her waist, and one over his left arm).

Most of her fans are surprised when they find out that Jayda Cheaves is 4 feet 11 (150 cm) inches tall.

Jayda Cheaves’s already garnered a net worth of over $2 million as of 2021.

Call her a YouTuber, social media influencer, entrepreneur, or author, Jayda has stepped into each field and made quite a name out of it. She first started her journey by utilizing the app, Poshmark where she would resell her clothes. Just at the age of 16, she was already reeling in customers, and that was when she realized that she had a knack for marketing and branding.

Thus, she transitioned into the beauty industry, created Amour Jayda, LLC, and now she has already worked in partnership with brands like Fashion Nova, Pretty Little Thing, GSU WOO, and many others.

As of 2021, she endorsed brands like The Wig, Velousive Haircare LLC, Waist Snatchers, Moon Cosmetics, and Bad Society Club.

Trivia: Jayda was once featured on Beats Ad by Dre.

Jayda Cheaves was single as of May 2021. However, she didn’t know “how to be single”, as the girl claimed that she has been in relationships her whole life since high school and she forgot how to be single. “I need to learn myself all over again,” she added.

Unfortunately, her ex Lil Baby allegedly cheated on her with an adult film star named Ms. London who claimed that “he paid her”. But according to Lil Baby, he was innocent and she was just using his name for “clout”.

Jayda and Lil Baby shares a son named Loyal Armani. He was already a star by 2021 and flaunted 376K followers over his IG. Reportedly, Jayda managed his IG account then.

Also, Lil Baby has another son named Jason Armani from his previous relationship with Ayesha Howard. He was also already an IG sensation with over 187K followers in 2021.

0 Replies to “Jayda Cheaves Before Plastic Surgery, Height, Net Worth”