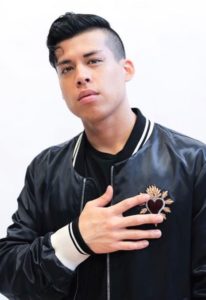 Spencer Polanco made quite a name for himself with his beatboxing talent. The beatboxer and YouTuber gained wide recognition in social media making him a celebrity in the field of his expertise.

As of  March 2020, his YouTube channel Spence X has successfully garnered over 1.58 million subscribers. Parallel to that, his Instagram account has also stacked up 575K followers.

Due to his burgeoning fame, his details on girlfriend and bio has been a matter of concern for the fans. So, we’ve crafted this wiki-style article to assist you in the professional and personal details on the undeniable talent.

Spencer Polanco Knight AKA Spencer X was born on 20 April 1992. He turned 27 years old while at the time this article was penned. He was born and raised in Manhattan, New York, the United States.

Regarding his parents, Spencer had left little to no details to explore. He inherited the Chinese-Ecuadorian ethnicity from his beloved parents.

But, Spencer is not the one to shy away from appreciating his father and his mother. Ofter in his social media account, he showcases love for them and appreciates the support his parents showed while he was an aspiring artist.

Similarly, Spencer has also not spoken much about his siblings. But he mentioned in an interview having a sister who’s name is yet to be disclosed.

As per his LinkedIn page, Spencer attended The Beacon School to earn his Diploma in Liberal Arts and Sciences, General Studies and Humanities. He graduated in 2010. Following that, he took Matrix Algebra – Calculus class at Hunter College in 2010.

Moreover, he was a pre-med at State University of New York College.

The social celebrity beat-boxer for the love of percussion instrument picked up trumpet, brass, and drumset in the middle school.

In an interview with villagevoice.com, he reflected on how he was introduced to beatboxing,

One of my friends started beatboxing at tennis, and I was amazed. I was like “Dude, that’s music!” He said there’s things online and I started researching it, all types of media of what beatboxing was and what it was becoming. From then on out, I made it my life.

After graduating from middle school, Spencer started getting in Hip Hop clubs and started performing for them. He took his talent to perform in charity events and Student Movement Against Cancer (S.M.A.C.).

His professional career began soon after. An a cappella group named Midnight Ramblers from Rochester reached out to him. They offered him an opportunity to audition for a Sing-Off.

In 2014, Spencer was with a cappella group called Backtrack.

Spencer’s longevity is represented by the acts he has performed for. He has done beatboxing for Alicia Keys, Hip Hop artist Russ, TikTok stars Lopez Brothers: Ondreaz and Tony and many more. 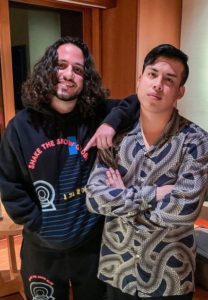 For a years-long career, Spencer was celebrated with several accolades and endorsements.

Getting into his net worth details, like most artists, Spencer hesitates to share his salary details with the public. But on 7 April 2019, he tweeted,

Got 10 paid gigs this month. May not sound a lot but it’s the most I’ve ever had. As a professional beatboxer I’m seeing every opportunity as the best opportunity. Ready to turn everything into gold 2019

One can only imagine how much he is cashing out with his local, national and international shows and events.

Spencer Polanco Knight is a self-driven humble individual as described by the one who knows him. With his good-looking appearance and plethora of talent, he certainly is appealing to any girls.

But to the fans’ dismay, like the details on his parents, his romantic endeavor is yet to see the light of the day.

On 2nd March 2020, Spencer made a series of introspective tweets regarding his love life that read,

My next girlfriend is gonna have the entire world.

The tweet indicated of him having an anonymous girlfriend. Plus, they might have recently broken up and he was either trying to reconcile his mistakes or the choices makes on finding the other half.

If I make room for you I’ll give you everything. But you gotta show me your worth it all

But I know my worth. I’m a keeper

Also, the internet personality shared his acquired taste and type with a tweet later that day,

With that, Spencer shared his type of women so anybody meeting the

And in the end, needless to say, Spencer is not gay.