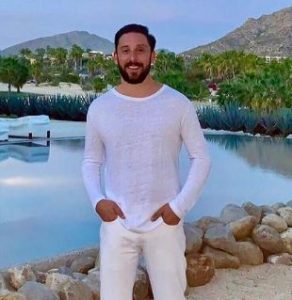 Simon Cohen is one of the three real estate agents appearing in Amazon’s Original TV show, Luxe Listings Sydney. The show is based on the real estate capital in Australia where professional and experienced real estate will be competing to close most deals.

Delve into this Simon Cohen wiki to learn more about the reality star and information on his life and career.

Simon Cohen is one of the three real estate agents who are competing to close the most deals in the show Luxe Listings Sydney. Accompanying him are his fellow real estate agents: Gavin Rubinstein and D’Leanne Lewis.

Stuff dubbed the Amazon Original show to Netflix’s Selling Sunset. However, the show was set in Australia and the booming real estate market.

Simon Cohen was born to his father Trevor Cohen and his mother Jen Cohen in his hometown of Sydney, Australia.

Just five days after his birthday, his mother celebrates her birthday. In 2018, Simon wished Jen: “Happy birthday to the queen @jencoh1”

Coming to the info about his father, Trevor Cohen works as a Buyers Agent in his Consulting Agency, Cohen Handler. He has been an associate in the firm since January of 2014. His father turned 73 years old in December of 2020. In September of 2017, Cohen wished his father a happy birthday.

Coming to the details on his siblings, he has a younger sister named Lauri Cohen. Both Lauri and Trevor work in the Cohen Handler. His sister is also building a career in real estate. His sister turned 35 years old in May of 2021. Lauri is currently dating Max Graham Bailey.

The handsome hunk, Simon Cohen stands tall at a height of 5 feet 10 inches (1.77 meters). He remains well-groomed, presentable, and professional when it comes to his looks.

The only social media platform where Simon could be discovered was Instagram. His handle @simoncohen84 earned 6148 followers. He posted only 168 times as of July 2021.

The Australian real estate agent Simon Cohen has built himself a staggering net worth of nearly $25 million. But, before we delve into the details of his job, let’s go through his education at first.

After graduating high school, Simon enrolled at Masada College. According to his LinkedIn, he graduated in 2002. He debuted his career in 2004 after joining Ray White Double Bay. He worked as a sales executive for five years in the company.

As stated in LinkedIn: “Simon spent the majority of his career with the Ray White Double Bay, Sydney. At Ray White, Simon was consistently ranked within the top 5 sales agents within the office, ultimately achieving “Top 3%” of agents Australia-wide. He consistently won awards as one of the company’s top income producers, and the office’s high achiever. Simon’s sales property profile covered properties valued between $500,000 and $22.5 million.”

Starting from January of 2010, he started working in Cohen Handler. He was the director and co-founder of the company. In 2009, Simon Cohen co-founded Cohen Handler which became the largest Property Buyers Agency In Australia with offices in Sydney, Melbourne, and Brisbane as well as Singapore and Los Angeles. He also serves the company as managing director and is the highest-grossing buyer’s agent in the country.

Simon also co-founded Auction Wiz, as well as became the owner and director of Farquarsons Executive Rentals. The company has assisted in buying over 2250 with a cumulative value of $5 billion worth of the real estate.

Simon Cohen is in a relationship with Sam Border. But, whether he is married to Sam or is dating her remains unclear. In March 2019, they attended a good cause related to kids together. He took to his Instagram where he wrote: “Amazing to be supporting such a special cause tonight @sydney_kids @schfsilverparty @cohenhandler #silverparty2019 ” 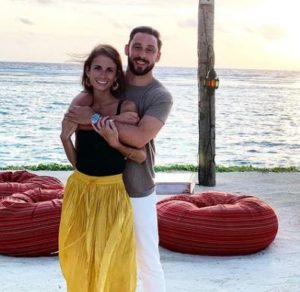 Together, Simon has appeared in at least 4 posts. The oldest post of the two dates back to March of 2018. Whereas, the most recent posts date in 2019.

Sam can also be discovered on Instagram, however, she kept her account private. Chance are they could be married, but there existed no evidence on their wedding as of July 2021.