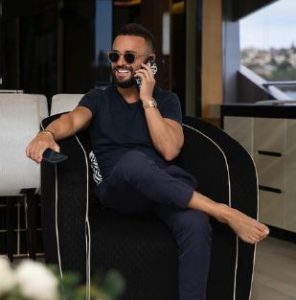 Gavin Rubinstein is another name from the show Luxe Listings Sydney who is a renowned individual in Australia’s real estate market. Before starting his own business, he worked for a real estate company for years. He is the one that is willing to demonstrate the glamorous side of his business.

Delve into this Gavin Rubinstein Wiki to learn more about the real estate agent.

Stuff dubbed the Amazon Original show to Netflix’s Selling Sunset. However, the show was set in Australia and the booming real estate market.

Speaking about the show, Gavin revealed that, “We have good relationships, smiles are on for the camera, particularly that part, but behind closed doors … the real estate market for the eastern suburbs is one of the most dogmatic real estate markets in the world,”

“Have you ever seen that meme with the iceberg and all you see is the tip and underneath the water, you see the rest of it? That’s real estate,” he explained to Who.com.au.

Gavin Rubinstein, age 32, celebrates his birthday every year on 7 November. Furthermore, his zodiac is Scorpio.

Gavin Rubinstein was born to his father Colin Rubinstein and his anonymous mother in Australia. While he lives in Sydney, his hometown hasn’t been listed. Colin is on Instagram but made zero posts as of this writing.

He appeared once on Gavin’s social where he was standing side by side with his two sons in an event. But, there exist no details on his personal and professional life.

There exist no details on his mother, however, back in 2018, Gavin sold one of the properties in Vaucluse to a lycra-clad mother who had matching sparkling teeth similar to Gavin.

Talking about siblings, he has a brother named Jarryd Rubinstein. He works as a managing director in The Rubinstein Group. According to his bio on the company’s website: “He’s across the financial side, the operational side, the legal side, and the people side. But when it comes to his good side, that’s doing whatever it takes to safeguard the success of your property transaction. It isn’t hyperbole but a bi-product of three years on the front-line in an elite military commando unit, including numerous covert operations.”

He was in withheld as a special force staff sergeant.

Jarryd had previously worked in EverBlu Capital as Director of Commodities. He was also a senior trader for Noble Group and Wealth Management Executive Yellow Brick Road.

Gavin Rubinstein exuberates the glamour and style side of his business. Always dressed in expensive clothes and riding expensive cars, he splashes and takes care of himself for all the hard work that he did.

Gavin Rubinstein can be discovered on Instagram as well as Facebook. His IG handle @g_rubinstein earned him 36.9k followers where he also has a verified account. He made a total of 300 posts on the platform as of July 2021.

Likewise, he is also on Facebook but hasn’t updated his profile since August of 2017.

Luxe Listing Sydney’s Gavin Rubinstein sits on a total net worth of over $50 Million Net Worth.

Gavin Rubinstein attended and graduated from Moriah College. He delved into the real estate business by joining Ray White in February of 2010. In the 11 years and six months which that he spent in the company, he was awarded Number 1 Salesperson in the Ray White Group for New South Wales for 7 consecutive years from 2012 to 2017.

He was a 2012 finalist by the Real Estate Institute of NSW Award for Excellence.

Gavin’s market knowledge and dedication to his team, ensure his clients are provided with an incredibly professional real estate experience every time.

According to his bio on the company’s website: “Gavin is defining a new era of real estate. An unparalleled commitment to achieving excellence sees him as one of the most desired property advisers in Sydney. Across all touchpoints in client, process, and team, he’s elevating the expectations in service and the commitment to deliver, and in turn, make one of life’s great stresses, anything but.”

As of 10 July 2021, Gavin sold 81 properties in the last 12 months. In his long career as a real estate agent, he transitioned from #1 Agent To #1 Owner. Besides, his real estate job, there also exists an IMDB account after the announcement of him being on a real estate show, Luxe Listing Sydney.

Gavin Rubinstein isn’t married yet, while we are writing this article. The Australian real estate agent is open about his professional life, but his romantic life escapes the public attention. But, based on his Facebook, he was allegedly in a relationship back in  2014. 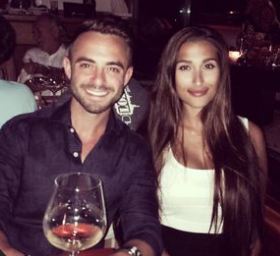 On the post, Gavin was with a girl on what looked like a date. He hasn’t spoken anything about his past relationships. He seems to have moved on even if they were dating back then.

However, the viewers were interested to learn that Gavin Rubinstein had a crush on his fellow castmate from Luxe Listing Sydney, D’Leanne Lewis. He expressed about taking a liking towards her for “years.”

In response to that, D’Leanne shared that she believes that he still likes her. Gavin seems single, and D’Leanne is divorced or on the verge of getting one, so along with a competition to the sale, we might get to witness romance between the two on the show.