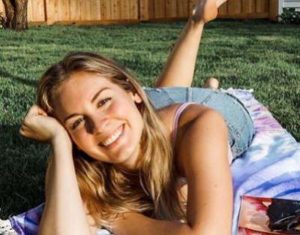 This is not an ordinary romance we are about to talk!

Hannah Aylward has been in a “loving and intimate relationship” with Shane Burcaw who has a genetic disease called spinal muscular atrophy. Because of this condition, he can not walk or use his arms and has been bound to a wheelchair since the age of two.

While some people thought it absurd for someone to be in a relationship with a person who has a disability, Hannah would not change a thing.

She said, for her, Shane’s “small and skinny” body could not overshadow his larger-than-life personality. “I like the way Shane looks”— she addressed to those who think it’s strange for an able-bodied woman like her to be attracted to a disabled man.

Hannah Aylward, who reportedly is of Polish descent, comes from her hometown in Minneapolis, Minnesota. Born on the 12th of December 1995, she turned 24 in 2019 and her zodiac sign is Saggitarius.

Her father George Aylward, originally from Brooklyn, New York now lives in Minneapolis, Minnesota with his family. According to their respective Facebook profile, her dad is a consultant while her mother Liz Aylward studied at Stevens Institute of Technology and at CUNY College of Staten Island. For high school, she went to Fort Hamilton HS. 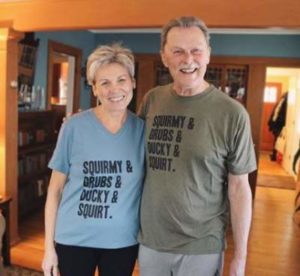 On the occasion of Father’s Day, Hannah wrote a very beautiful message for her father. An excerpt from which read:

“I’m so lucky to have such a supportive, fun, and incredibly smart dad. Thank you for reading “Goodnight Moon” to me six times a night for years.”

Together, her parents raised three children— including her two siblings. One of his brothers is named Mike Aylward.

Her parents were, since the very beginning, very supportive of Hannah’s decision of choosing Shane as her life partner.

She once mentioned her sturdiness when explaining about the way she cared for Shane.

Hannah had said how she was quite strong being a swimmer. And that because Shane only weighed 27kg, she could easily lift him from his chair. The tasks Shane needed her to do ranged from brushing his hair, feeding him soup to getting him in and out of bed.

Also, not long ago, in the 2020’s August, she took to her Instagram to talk about a bad experience in past— of how she was sexualized by adult men. Fierily and filled with confidence; this time, she wrote—

“My experiences with older men sexualizing me since the day I hit puberty shaped who I am in a huge way. For so many years I hated my body for inviting these interactions. Now, though, when I get a message telling me to dress more modestly, I don’t look down in shame. I know that whether I’m 12 or 22, in a bikini or in my favorite sweater, men will sexualize me. The problem isn’t my body, it’s men.”

She cited a few instances: of the time when she was 12, and her math teacher had commented on her looks— “Hannah if you want to wear pants that tight, I suggest you wear a longer shirt”, and a year before when a male attendant had asked for her phone number and later that year, she was groped on a city bus.

Together, Hannah Aylward and her long-time beau Shane, run a successful YouTube channel (with 704K subscribers). The name for the channel Squirmy and Grubs actually is the nicknames, they gave to one another.

On it, they document the mundane things they do, on a daily basis, as a couple.

They said with all things they do, they wish to inspire other inter-abled relationships, and teach the world that love comes in all sorts of different packages.

In the meantime, Hannah Aylward individually reported a net worth of around $400 thousand net worth.

At some point in 2019, Hannah, who was homeschooled for 11th and 12th grade, graduated in Humanities from Carleton College.

Previously, she worked at a retail store and also as a dog walker and dog sitter. She has been a competitive swimmer for 14 years and was on the varsity swim team at Carleton College.

At the moment, she is yet to tell her viewers, what she would want to do in the future.

On 4th September 2020, Hannah Aylward and Shane Burcaw took to their respective Instagram the announcement of their wedding.

They got married in an intimate wedding which was officiated via Zoom. Hannah explained it was not the big gathering they had always planned on having, “but it was perfect”. 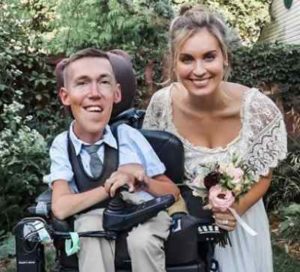 Also, the Laughing at My Nightmare author, who seemed as excited as the bride, said how he cannot wait to celebrate with his and Hannah’s families in person when the Covid-19 is no longer a threat.

The couple who first met online about more than four years before they got married, had previously confessed that they would also have kids someday.

Things had developed fast. And within two weeks, they began dating after they had told each other that they loved each other.

Many of you might already have heard it one way or the other, the story of a disabled man dating a...