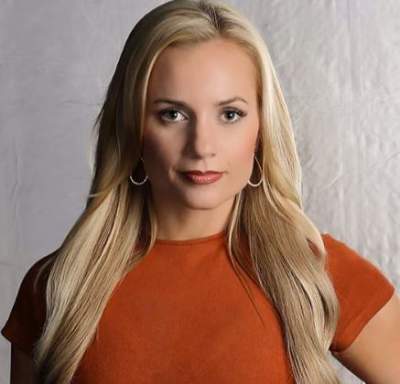 Ivory Hecker was living just a regular life covering for Fox 26 Houston as a general assistant reporter, until the day (June 14, 2021) passed by and she did not just go viral on the internet but also got fired from the job she held since Sep. 2017.

Delve into details and more scoops about her in this Ivory Hecker Wikipedia.

During a live report about the weather on 14th June 2021, Ivory interrupted a live on-air report to accuse her employers of “muzzling” her. On the footage, Ivory said she had provided secret recordings that supposedly proved corruption and censorship at Fox 26 to Project Veritas, the right-wing activist group founded by James O’Keefe. Her famous on-air report read:

And from what I’m gathering, I am not the only reporter being subjected to this. I am going to be releasing some recordings about what goes on behind the scenes at Fox, because it applies to you, the viewers. I found a non-profit journalism group called Project Veritas that is going to help put that out tomorrow, so tune in then.”

The next day in the morning, Ivory was initially suspended and during an interview with The Daily Beast on the afternoon, Ivory claimed she was terminated by Fox 26 via text.

The station, meanwhile, affirmed that Ivory was no longer an employee while torching her for pairing up with Project Veritas. And the incident was nothing more than a “disgruntled former employee seeking publicity by promoting a false narrative produced through selective editing and misrepresentation.”

Ivory also took a jab at Fox News that they wanted to bring her up to the network. But, the Fox News spokesperson confirmed they Ivory was never offered a job with the network.

Ivory’s mother is Renee (Hanson) Hecker. She is a writer at One True North Life Coaching and writes her relationship status as ‘widowed’ on her Facebook profile. Also into Instagramming, she had over 59K followers on her page where she documents her life as a mother of twelve kids and empowerment life coach giving guidance in relationships, parenting, and grief.

Ivory’s father Nathan Philip Hecker passed away on March 23, 2020, at the age of 56. He worked as a logger and owned his own logging business. He ran two logging crews which included four of his sons until his passing. Sadly, he was killed in a very logging accident.

Nathan was preceded in death by his mother, Nellie Johanna Hecker, and one daughter, Ruth Hecker. 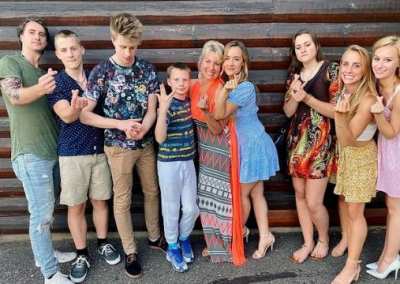 Nine of the siblings got together for their mother’s 56th birthday on June 9, 2021 (PIC: Renee Hecker’s IG)

Ivory Hecker revealed over a tweet that her height is 5′ 5″. Also, reportedly her bust-waist-hip measurements were 37-24-36 (inches).

Ivory Hecker entertained 141K followers on Instagram, 49K on Facebook, and another 60.1K on her Twitter account. She mostly documented her journey as a news personality and her practices and perspectives on achieving health and wealth.

She had a separate Instagram ‘Ivory Hecker Music’ where she puts on a display the side of hers as an artist and songwriter.

Clearly, Ivory inherited her musical talents from her dad.

So far, she released three singles, Sky & Limits, Life’s a Gift, and Love at First Sights, all in 2020. They are available on Spotify and Apple Music.

Speaking of her educational background, she studied B.S. in Journalism, Global Political Economy at Syracuse University from 2008 – 2012.

Following the incident with Fox 26, Ivory Hecker has declared she would never work in corporate media again. Instead, she revealed she is ready to pursue a career in independent journalism where she can report the news without fear or favor.

Ivory Hecker never seemed to have been married before. And because she is not into discussing her public affairs, the world was also unaware if she had a boyfriend.

On contrary, Get India News has reported that she is married to a man named Jofer Adams. But who is Ivory Hecker’s alleged husband, Jofer even they were not able to explain.

That been said the Houston, Texas dweller has also often expressed her thoughts against online dating. In fact, she had even reported a story on it for Fox News back in 2013.