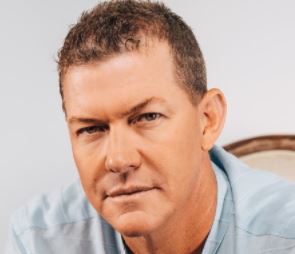 You may not remember all the seven names who died in the tragic helicopter crash alongside the NBA legend Kobe Bryant and his daughter Gianna but among them was Matt Mauser’s wife Christina.

Over a year after Christina’s death, Matt finally gathered enough courage to deliver a memorable performance on America’s Got Talent 2021.

Matt Mauser stepped onto the stage with his hearth breaking story and followed it with an emotional rendition of Phil Collins’ hit “Against All Odds (Take a Look at Me Now)”. Recalling his experience on AGT, Matt shared that the audition process was “extremely challenging” because he had to not only master the song but also conquer his emotions while singing it.

Moreover, having to perform in front of millions made it nerve-racking as well.

Moments before singing, Matt also revealed the reason for him be on AGT. He shared that his wife and he both retired from teaching so that he could do pursue music full-time. Unfortunately, the tragic helicopter crash took away the love of his life, and all that’s left now were his kids and music.

“You know if I had it my way, I would have my wife and I’d be supporting her but that’s not what happened. You know it’s been a rough year but here I am,” he added.

As per his birthday, Matt is of the Pisces zodiac.

Matt Mauser comes from a family of musicians. His father was a guitarist while his uncle sold stereos and speakers at music festivals. Recalling his childhood, Matt shared that he would sing and dance while making up his own lyrics as his father played the guitar. And it was only on his eighth birthday, Matt’s mom got him his first guitar.

As of 2021, Matt’s parents live in Atascadero, California.

Talking about his siblings, Matt has at least two smaller brothers named Christopher, and Gabriel. They were born on March 1, 1978, and August 15, 1971, respectively.

Trivia: Matt’s brother Gabe is a real estate finance against who worked at CB Investments in Huntington Beach, CA.

Also, his Youtube self-titled channel then had 2.48K subscribers.

A California Polytechnic State University (San Luis Obispo) 1994 graduate, Matt first started his career working as a Spanish teacher at the Harbor Day School. Meanwhile, he was also involved with music, performing part-time gigs as a Frank Sinatra tribute singer during the nighttime.

Reportedly, Matt performed with his band Tijuana Dogs that he founded back in 1997, and he was locally popular not only for his identical voice to the Jazz singer but also for his astonishing dance moves.

The other members of Tijuana Dogs involved Dave Murdy on Guitar, Daniel Pearson on Bass, Jason Toney on Percussion, and Sean Winchester on Drums

Apart from performing with his band, Matt has also approached the producer and music arranger, Pete Jacobs with his idea to start a Frank Sinatra tribute band. The two then went on to collaborate and from “Sinatra Big Band” that traveled across the United States and Europe.

Fun Fact: Before he ventured upon a musical journey, he was an All-American swimmer and water polo player.

Matt Mauser’s late wife, Christina Mauser (Jun 1981 – Jan 2020) was Kobe Bryant’s top assistant coach on the Mamba Sports Academy basketball team. Unfortunately, she was one of the 9 victims of the tragic helicopter crash including Kobe Bryant.

After Christina’s death, Matt established a fundraising organization named Christina Mauser Foundation that supported single moms, women, and girls in sports through scholarships and other financial aid. And on Christina’s first death anniversary, Matt even hosted a private fundraising concert to benefit the organization.

Furthermore, Matt promised that if he was blessed enough to win AGT, 100 percent of his earnings would go to Christina’s foundation.

Matt wrote the song “Lost” as a tribute to Christina after her death.

According to Matt, he first met his wife during one of his local shows, and the two were married in 2006. They share three kids named Penny, Thomas, and Ivy.

Did you know: His daughter Penny, nearly boarded the helicopter that killed Christina. 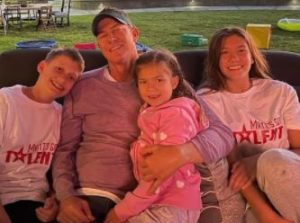 Matt Mauser doesn’t seem like he was dating anyone before appearing on AGT in 2021. Undoubtedly, he was very much in love with his late wife, and maybe he needed more time to move on.

But a dashing talented man like himself wouldn’t have a problem finding a new girlfriend. We hope only the best for Matt and will keep you updated as soon as he finds a new romance.