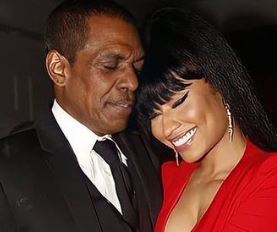 Nicki Minaj’s dad, Robert Maraj is no more. Unfortunately, he died in a fatal hit-and-run accident while crossing the street in Long Island.

On Feb 12, 2021, Robert was struck by a vehicle that ran off immediately after the accident, according to the Nassau County Police. He was then rushed to a local hospital in critical condition, where he took his last breath a day after.

Here is a wiki, written in the memorial of Robert Maraj.

According to his date of birth, Robert was of the Taurus zodiac.

Robert Maraj Wiki — Religion, Parents, Was He An Indian?

Robert Maraj is of Indo-Trinidadian origins. Yes, he was a part Indian. He moved to Queens, New York in 1988 and has lived in places like Baldwin, NY, Jamaica, NY, Ozone Park, NY.

In the words of his daughter Nicki— “My father is half-Indian and makes the best chicken curry in the world.”

Nicki’s parents both were of mixed origins, while her dad brought part Indian ethnicity mixed with Trinidadian, her mother was of Afro-Trinidadian descent.

In the MTV film, Nicki Minaj: My Time Now documentary, Niki revealed that her dad Robert suffered from drug addiction. She shared that he would “yell and curse a lot” and that made her “nervous, very afraid.”

It was just after the time Robert moved to America, he fell victim to the drug addiction. Because of that, he lost his job, lacked money, and in turn, stole from the family.

As of Feb 2021, Robert Maraj wasn’t found over social media.

However, Robert had a parody account over Twitter @NickiMinajDaddy created in October 2011. His bio wrote— “@NickiMinaj was such a big-headed long-nose baby when she was 1st born..& 4 sum reason she’s obsessed with @lilkim! FYI this is a parody just like my daughter!”

Robert Maraj Job, Net Worth, Was He A Musician?

Yes, Robert Maraj was a musician. It seems like Niki did inherit the talent for music. Reportedly, he was a part-time gospel singer.

As for his career, Robert held a job as a financial executive. Previously, he worked for American Express.

Just in case you’re curious, a  financial executive made around $88 thousand per annum in the US then.

Robert Maraj married Carol Maraj (who is 3 years younger than him) in 1980. They always had a tumultuous relationship. But Carol said that she needed him to keep her family together and needed his support to help her raise their children. So, the husband-wife stuck together.

According to Niki, Robert once set their house on fire, nearly killing her mother Carol. We can only imagine the kind of relationship the two had.

As things got worst (including Robert’s drug abuse), Carol moved several times with their children. But Robert would always find them!

Soon, as the kids grew up everything fell into place. Robert and Carol were no longer bothering each other. They were only connected by their four kids: Niki, Ming, Micaiah, and Jelani Maraj

Reportedly, Jelani was serving 25 years to life after he was convicted of child rape in 2017.

As for Niki, she is a star rapper who was dating Kenneth Petty. She loved her mother Carol to the moon and shared that she wished to become rich just to help her. Later, she even started a foundation called Carol Maraj Foundation to help the victims of abuse.

Little info about Robert’s wife, Carol Maraj: She is a singer, songwriter, and playwright who flaunted over 219K followers over IG. Also, she has a son named Brandon Lamar (Niki’s half brother). Previously, she worked at Big Yard as a chequer handling payroll, at National Insurance Board (NIB) as an accounting clerk, and the National Commercial Bank (NCB) as a foreign exchange teller.