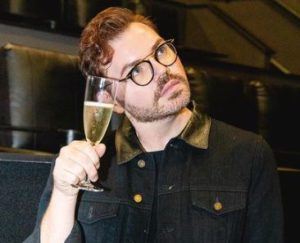 Featured on My Unorthodox Life, Robert Brotherton is the close friend and longtime colleague of the show’s star Julia Haart. But apart from being just a sidekick, Robert also added his emotional storylines to the series, giving the show a perfect mix.

Delve into the personal life of the reality star as this Robert Brotherton wiki proceeds.

Robert Brotherton On My Unorthodox Life

Netflix reality series My Unorthodox Life explored the life of Julia Haart who spent over 40 years living in an ultra-Orthodox Jewish community before finally deciding to leave in 2012. Since then, she has married, gotten divorced, remarried, and also went on to become the CEO of modeling and talent agency Elite World Group in 2019.

But all along her journey, she had her trusted friend, Robert Brotherton. He was always there providing outside perspective on the “unconventional” lives of Julia and her children.

After being cast on My Unorthodox Life in 2021, Robert took it to his IG to share multiple posts to promote the show. One of which featured the whole cast captioned, “Nothing to see here… Just me on a f*cking billboard in TIMES SQUARE!!”

Robert Brotherton was born on August 10, 1987. That made him 33 years of age while My Unorthodox Life premiered in 2021.

As per his birthday, Robert is of the Leo zodiac.

Robert Brotherton stands tall at a height of above 5 feet 11 inches (180 cm).

As seen on My Unorthodox Life, Robert Brotherton didn’t want to disappoint his adoptive family by meeting the woman he labeled as his “birth person.” However, he was keen on learning about his birth mom and finding more about his biological family’s history.

So, we looked around a little and found that Robert’s mother (probably adoptive) is named Mitizi Miller Brotherton. She went by the account @mitizib over IG and @mitizi.brotherton over FB.

As for Robert’s father, he is a Texas native named Bob Brotherton. He was born on January 23, 1951, and was alive and doing well as of 2021. Meanwhile, Robert’s mom Mitizi was cherishing her life at 68 years of age then.

Robert was also close to her aunt named Angie.

Talking about Robert’s siblings, he has a brother named Ross Brotherton.

Most of his posts then featured his hilarious pics or clips. If you like good humorous posts, do follow him.

Robert Brotherton was working as the COO (chief operating officer) of Julia’s modeling company Elite Model World in 2021. Reportedly, he joined the company back in August 2018 and has accomplished quite a feat at his tasks.

Before joining Elite Model World, Robert worked for La Perla as global director of marketing and public relations officer for almost three years. Also, he has worked as PR and Communications Director for ESCADA from 2013 to 2015.

As for his Linkedin, Robert’s first job was as a PR and Corporate Communications Manager at Zac Posen House of Z LLC.

In light of his education, Robert is a double bachelor’s holder. He studied a bachelor of arts — music, opera, performance at Syracuse University, and again went on to study bachelor of science in advertising and management at the same university.

During his time there, Robert once gave a presentation titled “Lost in the Sample Closet: The World of Fashion PR.”  The topic comprised of his own experience, including a deeper look into fashion public relations and tips to consider for students’ future career paths.

Just in case you are curious, an average chief operating officer in NY earned around $544 thousand in 2021.

Yes, Robert Brotherton is gay, and a “prideful” one at that.

Close to pride day 2021, Robert took himself on to a stage at a bar in NYC and performed Cabaret’s “Life Is A Cabaret” in honor of his “favorite gay” — himself! Well, if you ask me, he’s got the vocals.

Robert Brotherton always struggled with his dating life and finding partners, because of his body image issues. He was the kind of person who believed that he didn’t have an acceptable body and felt inferior to others.