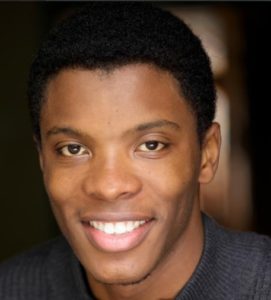 The face of CBBC, Rhys Stephenson made headlines in 2021 after he was included in the list of five celebrities to take part in the upcoming 19th season of BBC One show, Strictly Come Dancing.

A British television dance contest, Strictly Come Dancing is now its 19th season, which was set to premiere on BBC One in September 2021. Like previous seasons, the season followed the same premise: celebrities partner with professional dancers and compete mainly in ballroom and Latin dance.

Learn more about the actor and presenter in this Rhys Stephenson wiki. From his new stint on Strictly Come Dancing to his job and family and wife — we have compiled every information about Rhys you wanted to know about.

On 6 August 2021, Rhys was announced as the fifth celebrity to be a part of the 19th season of Strictly Come Dancing. The other 4 celebrities of this star-studded lineup are AJ Odudu, John Whaite, Robert Webb, and Tom Fletcher.

CBBC presenter revealed his signing on Newsround on Friday. He said, “I have dreamt about being on this show, and I know for a fact that it is going to exceed every expectation.”

Rhys also said that he was ‘buzzing’ to be part of Strictly Come Dancing and could not wait to start the rehearsals for the show.

Also, Rhys shared the exciting news with his followers on Instagram. He wrote, “IT’S HAPPENING, Strictly 2021!!! I’m shaking! I can’t wait to get started on this iconic show, I want it all, the sequins, the costumes, Craig’s glare, BRING IT.”

Rhys Stephenson was 27 years of age as of Aug 2021. A glance through his Instagram handle reveals that Strictly Come Dancing star celebrates his birthday on the 29th of October every year. His zodiac sign is Scorpio.

Originally from London, Rhys Stephenson is now based in Manchester. Rhys has a very close relationship with his parents. His mom’s name is Sandra Stephenson.

His parents were still together as of this writing. On October 3, 2018, Rhys had wished a happy anniversary to his mom and dad on Instagram. He had posted a picture from their marriage.

Rhys Stephenson stands tall at a height of 6 feet and weighs no more than 70 kilograms. Meanwhile, his distinct physical features would be his black hair, brown eyes, and slimly built body/

By 2021, Rhys Stephenson was estimated to have garnered a total of $500 thousand in net worth.

For education, Rhys went to the University of Westminister in 2012 and studied Human and Medical Science until 2015.

Rhys’ career as a presenter started in 2014 when he started working University of Westminister’s channel, Smoke TV.

Rhys is best known as the face of CBBC. Since 2017, he has been hosting the links between shows straight from the CBBC studio HQ. Apart from presenting CBBC live, he has also presented popular shows across the CBBC slates like Blue Peter and Saturday Mash-Up, Newsround, and Dengineers.

Presenting and hosting is something Rhys learned very late. As a child, he used to act and perform. Moreover, he started acting at the mere age of 10. He started his acting journey from his school theatre productions.

In 2013, Rhys auditioned and joined the National Youth Theatre. There, he performed alongside stars like Matt Smith, Jessica Hynes, and Hugh Bonneville.

To date, Rhys has appeared in several theatre productions. Some of the popular ones are Love on the dole, Alice In Wonderland, The Third Leg, Love Bites, Till the boys come home, Jack Samsonite, among others.

Furthermore, Rhys is also going to appear in the movie called The Marshland (currently in postproduction).

Other than presenting and acting, Rhys is also an ambassador for Place2Be. Place2Be is a charity organization that provides mental health services in schools.

Although we know a lot about Rhys Stephenson’s career, we are certainly unaware of his personal side of things, especially his sexuality. As of 2021, there was no evidence of him being gay.

As we said earlier, Rhys Stephenson prefers to keep his personal life private. That is why we, unfortunately, don’t have any information on Rhys’ partner or wife as of this writing.