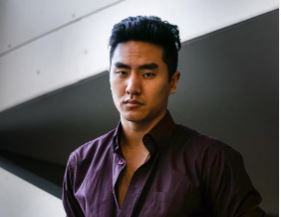 The TikTok star, Read Choi stepped into the limelight with his funny videos and actively engaging with his followers in any way possible. But just when things were looking up for Read, his videos started getting flooded with hate comments, and the reason was his former girlfriend Gina Darling.

Keep reading to learn more about what happened. Also, get to know all about Read’s personal life as you continue with this wiki.

It was March 2021 when Read Choi’s ex Gina Darling accused him of having multiple girlfriends and using girls for “clout”. Furthermore, she alleged that he slept with over 100 people, and knowingly gave her an STD (Chlamydia).

In response, Read  came forward with an honest apology, which read,

Talking about STD, Read claimed that he was “uneducated” as he showed no symptoms. Finally, for the “sex” accusation, he confessed that he was trying to “escape the pain through sex”. After realizing his mistake, Read revealed that he was seeking “professional help, as well as, looking for other ways to deal with (his) problems in a healthy/ productive way.”

Corresponding to his birthday, Read is of the Aquarius zodiac.

Born to Asian parents, Read Choi hails from California, US. He later moved to Georgia and New York, where he completed his elementary and higher education.

As for his ethnicity, Read is Korean. However, judging by the hashtags he used in his videos that included his parents, he might also inherit Chinese, Vietnamese, and Filipino ethnicity.

Overall, Read says that he is a proud Asian, and non of the racist comments could affect him. He even encourages his followers not to take themself “too seriously, nor the opinion of others.” In his words,

If you are wondering Read’s real name is “Red Choi”. Until the age of 17, Read was behind his peers in reading ability. Thus, he had to read 500 pages a day, every day. Perhaps, this was how the name “Read” originated.

Trivia: Read is a single child, who always wished to have a sister. His favorite food was, anything cooked by his mother.

Mentioning his distinct features, Read has extra thick eyebrows and a wide nose.

A self-described entrepreneur, Read claimed that he has over 3 years of career in the stock market. He even shared his tips and tricks over Youtube for beginners wanting to invest in stocks. According to him, from the 2020 pandemic alone, he made upwards of 80% returns on his stock portfolio.

His goal was to become a millionaire by the next 2023.

Apart from the stock market, the TikToker now has stepped into the music world as well. He labeled himself a “beginner” and credited Justin Park for showing him the ropes. Go check his cover songs over his Soundcloud, and judge for yourself.

As for his other source of income, Read sold his mechs, which included stickers, t-shirts, and hoodies, anywhere from $5 to $50. Also, fans could support him on Patreon with a subscription option of $10/ $20/ $50 per month.

Before all of this started, Read earned his living working odd jobs — chef, or waiter. He then realized his greatest fear “Mediocrity” and “choose the narrow path,” or so he says.

In light of his education, Read attended the University of California Berkeley and majored in English.

Did you know: Read is fluent in English, Japanese, and Korean.

Read Choi started dating Gina Darling in Dec 2020, and just being together just for a few months the two split up in March 2021. The reason for their split was made pretty clear by Gina who started the whole STD drama, for which Read received a lot of hate.

Talking more about Read’s ex-girlfriend, Gina Darling is a model, YouTuber, and video gamer, who later went on to become Roll Models’ cast member, and Machinima Dark Room’s host. She hails from San Jose, CA, and is of Asian descent like Read.

As of 2021, Read Choi had yet to take a wife. But to whoever may become his life partner someday, Read’s dad’s had one advice — ‘RUN!”.