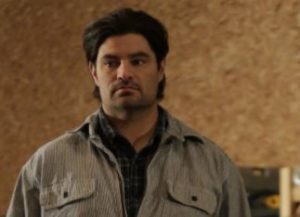 The widely popular National Geographic show, Life Below Zero’s spinoff Life Below Zero: Next Generation season 2 is here, and so is its star, Michael Manzo.

The show featured an eclectic group of individuals who were tired of living a comfortable contemporary life and opted to test their luck in the remotest and unforgiving parts of Alaska. Its cast included Michael alongside Johnny Rolfe, Alex Javor, Kaleb, and Brittany Rowland, and Chris and Jessi Morsem.

Keep reading this wiki to learn all about the fans’ favorite, Michael Manzo.

Unfortunately, his birthday wasn’t shared. So, his zodiac remains a mystery to us.

Born and raised in Northern Maine, Michael Manzo’s life wasn’t much different growing up. He traveled, hunted, and fished out of “double-ended and square stern canoes”, alongside his family. Yes, a canoe, he said that it was a very popular choice of boats for many rivers, lakes, and streams there. Moreover, he never saw jet boats being used on shallow rivers.

But now, Michael’s signature transport has become a Yukon Freightworks freighter canoe and a dog sled. He especially relied on his dog teams to support his winter hunts, to save gasoline.

“It’s in my blood to want to build and design dog sleds and canoe. As a Miꞌkmaw Indian, culturally APU understood that.”

APU stands for Alaska Pacific University — it was where Michael went for his higher education. He spent his senior year researching “freighter canoes and adapting hydrodynamic fuel-efficient designs for Alaska’s waterways,” and graduated in 2014.

Trivia: Michael’s grandmother was a craftsman as well. But she made basket, snowshoe, and paddle around Eel Ground Reserve in New Brunswick. She was also featured in the book Lives in Our Hands.

Michael Manzo wasn’t much of a social media guy. As of March 2021, he had 67 followers over Twitter and was present on Facebook @FreighterCanoes. But was inactive over both.

Mentioning his distinct features, Michael has a square face, brown eyes, and an intimidating stature.

Talking about his time on Life Below Zero, Michael became the fans’ favorite in no time after first appearing in the inaugural season of Life Below Zero’s spinoff Life Below Zero: Next Generation in fall 2020. And back for season 2 of the show, Michael didn’t disappoint his fans, showing off his Native knowledge, and survival skill in the brutal and unforgiving Alaskan wilderness. We could see him training his body for winter, improving his hunting game, and building a new cabin over the show.

Aside from his Life Below Zero, Michael also was the co-owner and creator of Yukon Freightworks Canoe Company. He decided to open the company after stumbling upon a couple of old canoeists in Alaska, who described to him the “jack-ass lifts” that were used on 19 ft. Grumman square stern canoes. Thus, he wanted to make a motor that very little fuel and was more efficient.

Before all this started, Michael served the military sometime between 2002 and 2010. He shared he was stationed at Fort Richardson, and even went on a tour in Iraq. After retiring from the military, he tried a 9-5 job at a canoe paddle mill in Maine, but it wasn’t satisfying enough for his adventurous soul. So, he headed to Alaska.

“There’s a cure for restlessness in the human spirit and that’s not getting too comfortable, that’s pushing the boundaries and facing the unknown, facing your fears.”

As of 2021, Michael Manzo doesn’t seem to have a wife, children, or a girlfriend. But that could change anytime! We could often see the fans’ appreciation and carnal comments over Life Below Zero’s pictures of him. So, if Michael ever decides to take a break from his adventures, and settle down. He wouldn’t need to search longer.

And not only females, but even the males were falling for him. Over his picture of Life Below Zero (date Sept 4, 2020), a fan wrote, “Hot”.