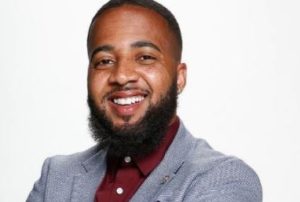 “Through thick and thin, for better or worse, and in sickness and in health,” these were the vows Ray Singleton exchanged with his wife, and he kept it! It’s not every day we get to hear a story about a man who stood as a guardian angel to his wife; let alone over America’s Got Talent.

So, who is he? Know all about him over this Ray Singleton Wiki.

Ray Singleton On America’s Got Talent

In July 2021, Ray Singleton took it to America’s Got Talent stage to channel his love for his wife Roslyn. He sang Andy Grammer’s “I Am Yours” from his 2019 album Naive, and Roslyn broke into tears.

It seems that Ray’s wife battled brain cancer, and he had always been there fighting alongside her. If you want to know more about it, do check their interview on The Ellen DeGeneres Show. They were invited to the show, after the video of Ray serenading his wife (before she underwent surgery for brain cancer) when viral.

Soon after their interview with Ellen, Ray was reached out by AGT about auditioning for the show.

Do Ray Singleton And His Wife Have Kids?

No, Ray Singleton and his wife Roslyn shared no kids as of 2021. They were married for almost 3 years then. With the struggles — battling cancer at the time, it’s understandable how the duo didn’t have any thoughts about kids.

Ray Singleton and Roslyn stumbled upon each other on Nov 6, 2016, and just immediately on their first date that night, Roslyn made it clear that she had brain cancer. But love sees no reason! The following year on May 6th, Ray bent his knee and asked Roslyn to marry him.

The two then went on to tie the knot in November 2018.

About Roslyn’s cancer: She won the battle with her first cancer back in 2013. However, a second tumor was discovered in 2019. Even a week before Ray’s audition was featured on AGT in July 2021,  Roslyn was hospitalized because of it.

Corresponding to his birthday, Ray is of the Taurus zodiac.

Ray Singleton’s parents, Trudy B. Lucas and William Buie might be divorced and have their differences but they were very close to him. After Ray’s appearance over AGT, each one of them took it to their socials to flaunt their son’s achievement.

Trudy wrote, “Proud mama!!! We need everyone tuned in!! LET’S GO!!!”, while William shared,  “My son in Ministry delayed doesn’t mean denied. I’m so proud of you. Stay grounded and let Grace govern.”

As of 2021, Ray’s mother who is a St. Andrews Parish High School alumna worked as a “Manager, Religious Affairs and External Relations” at The National Action Network. And Ray’s father William (who was 58 at the time) worked as a senior pastor at First Calvary Baptist Church Of Rock Hill. He is a Shaw University‘s religion and philosophy student who went on to get his master’s degree from Princeton Theological Seminary.

They both were single then.

Does Ray Singleton Have Siblings?

Yes, Ray has four siblings — one biological and three half.

Mentioning his distinct features, Ray maintained short hair and a thick beard. He has dark eyes and pierced ears.

Most of his posts then were about his wife’s health and his time over AGT.

From Charleston, South Carolina, Ray grew up always wanting to sing. So, at the age of 15, he taught himself how to play the piano. But he never has had a music lesson. “I don’t know how to read music, but it’s in my DNA. It runs through me. My wife can tell you that I am singing 24/7,” he said.

Pursuing his love for music, Ray then went on to become the minister of music at First Calvary Baptist Church in Rock Hill.

However, that didn’t pay him enough. Thus, he took on jobs as sales manager, disposition manager, mortgage loan officer all around Charlotte, NC.

In light of his education, Ray got his Bachelor’s degree in theater in 2011 and a Master’s degree in counselor education in 2014, both from Winthrop University.

Just in case you’re curious, a minister of music employee’s salary was around $28 thousand per annum in 2021.