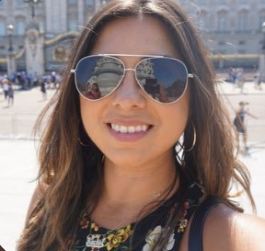 Rachel Gordillo of MAFS’s “Rachel & Jose” is a contestant of season 13 of Lifetime’s Married At First Sight. She kept her dating history away from the public nose in the hope to give a refreshing beginning to her new relationship. Delve into this Rachel Gordillo Wiki that covers information on her parents & siblings, job, net worth, career, and her ex-boyfriend.

More From Us: Dana Wilkey Wiki: Husband, Net Worth, RHOBH

Rachel Gordillo was age 33 when the trailer of the show premiered on TV and the internet. However, the precise birth date of Rachel is yet to be known. Furthermore, we don’t hold any information o her birthday and her zodiac sign as of this writing in June of 2021.

Besides the name of her mother, no further information regarding her parents could be unearthed. Moreover, she appears to have a brother named Leonel Enrique Gordillo. Leonel and his life partner welcomed a baby daughter in 2016.

Besides her brother, other family members and relatives of Rachel Gordillo include Elvira Oliver, Miranda Pina, Ricardo Pina, Marcos Prado Pina, and a few others. Most of her relatives still reside in Mexico.

Rachel Gordillo stands tall at a height of 5 feet 6.5 inches (1.68 meters). She has pierced her ears but not her nose. One of her distinct features is her well-shaped and trimmed eyebrows.

With her long highlighted dark brown hair and Hispanic features, the Latino beauty hailing from Texas is easily one of the attractive female contestants in this season.

On Facebook, Rachel is friends with 121 people as of June 2021. Furthermore, she updated her FB profile last time on 18 January 2021. Likewise, she also runs a Twitter account with 34 followers. She tweeted only 13 times.

Rachel Gordillo with her 5th-grade teacher salary and income as a reality star built a total net worth of $200 thousand.

Starting with education, Rachel attended West Side High School in her hometown of Houston, Texas. She graduated high school as a class o 2005. After graduation, she joined the University of Houston. But, she never divulged news about her majors and she doesn’t seem to own a LinkedIn page.

Based on her teacher profile, job-wise she was a teacher. Rachel specialized in teaching 5th grade and shared her love for teaching and enjoyed watching the kids study. Based on her blog http://fifthgradewiseowls.blogspot.com/, she started teaching in 2012 and completed her 7th year in 2019.

In her Twitter bio, Rachel wrote on @rachelgordillo, “Starting my 7th year as a 5th-grade teacher. I love what I do! #goingforgold.”

According to teacher.org, Houston Independent School District paid an annual $51,850 to their elementary school teacher. So, this sum of money over the course of 7 years, total $350 thousand.

Besides that, Rachel is also a reality star making her debut in Lifetime’s Married At First Sight (MAFS). The show was set to premiere on 21 July 2021. Based on the introduction of the casts from the show, experts from the show matched her with Jose San Miguel Jr. But, more on that later.

According to Heavy, a cast of MAFS earned $25,000 per season. So, she might’ve pocketed a similar sum.

Several entertainment websites introduced Rachel Gordillo as a girl who had a fun childhood but she had to witness her parents’ divorce. So, this caused her to become insecure in dating. However, she met an unnamed individual who changed all of that for her. So, she had high hopes for falling in love and settling down with Mr. Right.

However, Rachel from “Married At First Sight” is yet to shared details about her ex-boyfriend. 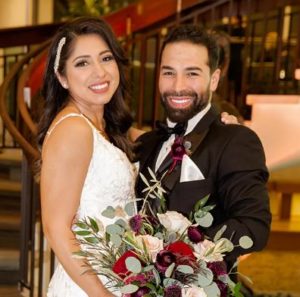 This is why she relied on the experts of Lifetime’s MAFS who had experience finding a perfect match for their past contestants. In season 13, the love gurus have paired her with Jose who might just be someone perfect for her.

Jose wasted a lot of time dating people who weren’t ready for any commitments. So, he resorted to the expert from the reality show who could find him the one.

So, are Jose and Rachel still together? We don’t have any spoilers or updates on that matter. Plus, like all the other fans, we’re very excited to witness all the drama revolving around their relationship, tune in to the show and check us out for further updates.