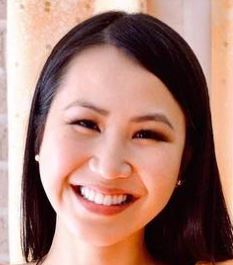 Well, the news is out that the new season of Married at First Sight is going to premiere on 21 July 2021. And one of the couples of the upcoming season is Bao Huong Hoang and Johnny Lam.

In this Bao Huong Hoang, we will cover everything you need to know her before the show starts to air. You should also wait for the next article about Johnny.

We do not know the name of her parents, but both of them were Vietnamese refugees who settled in Houston, Texas. Apparently, Bao Huong Hoang’s parents got married in 1973. And they had their first child, Bao’s elder brother during the Vietnam war. After the war ended in 1975, they had to leave their own country and migrate to the US.

Bao was born after her parents arrived in the US. She was a born-and-bred Texan. Bao is very celebratory of her parents. She often comes to social media to salute the sacrifices her parents made for her and her siblings.

Talking about her siblings, we do not have much information. There is an elder brother, who we have already mentioned, but no additional information. We do know a couple of nicknames of Bao. Loving she was called Bao Bao as well Bao Hoang by her friends and family members.

Bao is also an ardent supporter of the Black Lives Matter movement and Nguyen Le. Nguyen Le was a Vietnamese American living in Houston, Texas who received a great deal of backlash from his own Vietnamese community after he erected a billboard supporting the BLM movement.

Bao Huong Hoang stands at a modest height of 5 ft 3 inches. And her other distinct features include her dark hair and dark eyes and a very cute smile.

Bao was present on social media but was not that big. For example, on Instagram, Bao Huong Hoang had only 109 followers as of June 2020. She had a regular Facebook profile but not a page.

Currently, Bao Huong Hoang is an administrative director and she has worked in administration jobs all her life. However, before starting her career, Bao attended the University of Houston for education. She graduated with a Bachelor of Science degree in psychology with a minor in Asian Studies. Later, she also got her MBA from the University of Houston, C.T. Bauer College of Business.

Over the years, Bao has worked as a Financial Services Professional for Brock Financial Group, LLC; outreach coordinator for Breast Cancer Network of Strength, Grants Specialist for Martine & Associates.

Finally, in the past ten years, Bao has been working for one institute called MD Anderson Cancer Center but has worked different jobs in the company. She started in January 2011 as a Senior Data Systems Coordinator. About a year later, she became Grant Program Coordinator, and then worked the job of Grant Administrator.

In April 2015, Bao started the job of Program Director and almost three years later that of Manager of Clinical Protocol Administration. Her current job in the company was that of an Administrative Director of Protocol Research. She started that job in June 2019.

The average annual salary of an Administrative Director in Texas was $121 thousand. Bao Huong Hoang must have a similar salary as well. And as of 2021, Bao had garnered a net worth of about $1 million.

Furthermore, Bao is also a philanthropist and has donated money for fundraisers like the Vietnamese Culture and Science Association-Houston, Hoc Vien Cong Dan ICEVN, etc.

Bao Huong Hoang was super successful in her professional life but her romantic life was not very noteworthy. Firstly, Bao did not even want to get married until she turned 30. But even after she turned 30, there were not many long-term partners. So, Bao decided to give the reins of her love life to relationship experts and reality TV.

In the show, Bao was paired with Johnny Lam. Bao and Johnny were actually the first Asian-American couple in the history of the show and so they also get credit for diversifying the show. Johnny was the same age as Bao and was also from the Vietnamese community in Houston, Texas. He and his sister were raised by their single mother. Bao and Johnny will most likely have a traditional Vietnamese wedding. 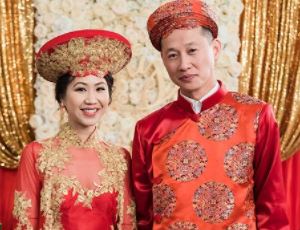 Bao and Johnny in their traditional Vietnamese attire teasing the new season of Married At First Sight (PC: Instagram)

The new season of the show was teased on the 10th of June 2021 and is set to premiere on 21 July 2021. To know more about Bao and Johnny and their future together, you should tune in to Married at First Sight on Lifetime.