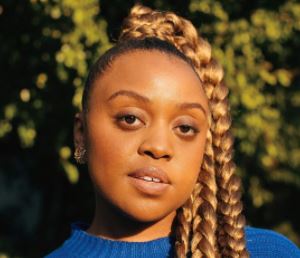 Making her way into the inaugural season of A Black Lady Sketch Show, Quinta Brunson introduced herself to a wider audience in Aug 2019. She was a promising recurring cast member alongside Gabrielle Dennis, Ashley, and Nicole Black. However, as the show’s second season premiered in 2021, Quinta was nowhere to be found.

So, what happened? Moreover, what was going on in her private life? Did she marry her long-term boyfriend turned fiance? Stay till the end to find all the answers.

According to Quinta, she will not be making an appearance on season 2 of A Black Lady Sketch Show. Though she wanted “people to see herself and her cast” doing “sketch comedy”, she was finding it hard to manage time being involved with her other project — ABC’s new sitcom, Harrity Elementary.

Also, at the time Quinta was busy writing her book She Memes Well — a deeply personal and funny collection of essays about trying to make it when you’re struggling.

But good new fans, Quinta remarked she might probably return to the series in upcoming seasons.

Quinta Brunson comes from a family of seven. Her parents are named, Rick and Norma Brunson, and she has four siblings (two brothers and two sisters); whom she credited for helping her develop her interest in comedy from a young age.

If want to learn more about Quinta’s father go check his interview, taken by Quinta over her Soundcloud. To summarize the 28-min-long interview, Quinta’s father, who was 63 years of age in 2015, talked all about his family and shared how “thankful” he was for having them.

Trivia: Quinta once posted an IG picture alongside Thundercat and Don Cheadle labeling them as her “stepdads”.

Talking about more of her jokes, Quinta also once introduced her grandmother over IG with a caption, “Turns out I am just my grandmother with worse eyebrows”.

Quinta Brunson stands tall at a height a little below 5 feet (152 cm).

As of May 2021, Quinta flaunted 852K followers over her Instagram. Her posts mostly featured her selfies and work promotions.

Quinta Brunson’s garnered a net worth of over $2 million by 2021.

To honor her, Forbes’s even included Quinta under their “30 Under 30 – Hollywood & Entertainment” list.

As for her career, it wasn’t until Quinta dropped out of the Temple University she pursued comedy professionally. She recalled, during her sophomore year, she was taking an improv comedy class at Second City in Chicago. A teacher there — Shelly Gossman — who gave her a scholarship right out of her pocket said, “You need to do comedy for a living.”  Quinta needed to hear nothing more!

Quinta Brunson started dating her now-fiance even before she dropped out of the Temple University in Philadelphia. At the time, Quinta’s then-boyfriend was living in Chicago, so she often traveled a long way to visit him.

Taking benefit of the travel, Quinta even enrolled herself in an introductory class at the Second City in Chicago. She then started to take full weeks off of school to go to Chicago for weeklong workshops, until she finally moved to L.A. for three months to see what it was like.

However, Quinta didn’t move in right away with her boyfriend; rather she stayed with her friends.

After years of dating, Quinta then flaunted her engagement ring on July 30, 2020. To which, many of her fans were taken aback.

A fan wrote, “It’s bullshit you got engaged before we could ever even meet. I’m terrible, but still.” 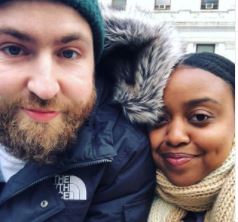 As of 2021, Quinta didn’t reveal her future husband’s name. However, she often talked about him over her socials. She shared that he was a “White” guy who played video games and binged TV shows with her. And just as fans knew that Quinta was dating a white man, many called her out for dating “the same race” — whom she loved complaining about. They added that being a Woke WoC, she contradicted her exhort.

But despite the repeated accusations, Quinta has turned a blind eye to the matter. Moreover, unfazed, Quinta didn’t mind sharing more about her finance. She once revealed that her future husband wasn’t good with names and called Jeff Goldblum “Joe Chaos Theory”.

Also, Quinta mentioned that, unlike her, he wasn’t much of a social media person. So, her fiance was an escape, whenever she wants to hide away from the world.

Over an interview, Quinta revealed that she eventually wanted to get married and have kids by 2023.