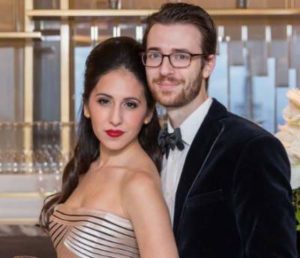 So, early May in 2021 has been a baby bliss for Crazy Ex-Girlfriend’s Valencia Perez i.e. the American actress Gabrielle Ruiz. (Gabrielle’s was a recurring role in season 1. Later, from seasons 2-4, Valencia was shown as the main role.)

She and her husband Philip Pisanchyn welcomed baby daughter Mercedes. And, never before her fans were this curious about the baby daddy.

Here’s a wiki-writing covering everything you need to know about the celeb husband.

Philip hails from his hometown of Dalton, a borough in Lackawanna County, in Pennsylvania, the United States.

Philip’s mother is Shirley Pisanchyn. Now living in Dalton, Pennsylvania, she came from her Olyphant in Pennsylvania.

Also, his father is named Wayne Pisanchyn. It seemed the parents are still together and Wayne, per LinkedIn, owns a business, Wayne J Pisanchyn Inc Plumbing & Heating. He has been the president/owner of the startup for the most extended period i.e. three decades. Before that, he studied Pastoral Studies/Counseling at Indiana Baptist College from 1981 – 1985.

More about the family— Philip grew alongside a bunch of siblings, two brothers, and two sisters.

His baby sister Ana Olinger married Stephen Olinger, an area rental manager, in June 2019. Then, his other sister, Sarah Howell, a registered nurse, married her groom Jimmy Howell in June 2018.

Meanwhile, the rest of Philip’s siblings are Benjamin Pisanchyn and Stephen Pisanchyn. Among them, Benjamin who is married (to Margaret Emmons Pisanchyn) is a realtor at Classic Properties.

Lastly, Philip’s beloved grandmother Shirley May Misiura passed on at the age of 90 in June last year.

Standing tall to a height that is 5′ 10″, Philip Pisanchyn is by a few inches towering over his beautiful wife’s 5′ 4″.

Philip is not as much popular as his wife on social media. Even so, his social media sharings are really intriguing to look at. He is active on Instagram (which is a travel account) and Facebook and Twitter (which are personal pages).

He won’t cease to gush about his wife even on his social pages’ bio. The one on Twitter read— “Married to the best wife @gabrielleruiz. there’s more to the story…” and the one on Instagram read— “…In love with @gabrielleruiz”.

The Los Angeles, California living Philip Pisanchyn is a professional event consultant. He has been a self-employed Consultant and Investor as of Jan. 2017.

Before this, he was based in Greater New York City Area, earning living as a senior event designer at Bentley Meeker Lighting & Staging, Inc.

Also, in the past, he worked a few other jobs as a project manager or tour manager.

For his education, he was enrolled in the Clarks Summit University Music Performance program from 2003 – 2005.

After Gabrielle surprised everyone with her pregnancy, everyone especially her 67.7K followers on Instagram were eagerly awaiting the day which happened to be the 2nd in 2021’s May. 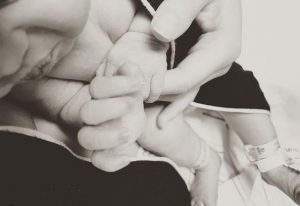 So, on Wednesday, Gabrielle shared the very first shot of her baby girl Mercedes. To the memory of her holding the little one’s hand, she composed this for caption:

“Mercedes is here and oh what a beauty she is. Ty for all your prayers and well wishes. We felt them. More later after some more family time. Oh my baby girl, how you’ve made our world so beautiful. I love you, Philip. 🤍”

A year before, during fall, she and her husband were devasted from the miscarriage they had to live through.

During the pregnancy announcement, sometime in the Thanksgiving holidays, she had told PEOPLE how she had a new perspective on her health.

“I focused on my mental and physical health while we were trying again. When COVID-19 took over the world, we were weary of trying again, but decided to continue in faith. Six months later, we were pregnant!”

Today, with the new one’s arrival, the couple could not be more thrilled and grateful to God for this new chapter in their lives.

So, the Orange Is the New Black actress met her beau on Match.com. In Fall 2015, they became an engaged duo. The two lovers exchanged their wedding vows later in August of 2016 on the Caribbean island of St. Martin. Ever since they have been one another’s “rock” facing the thick and thins of life together.