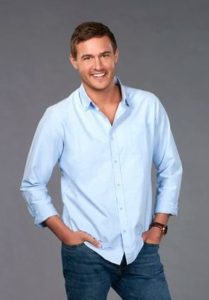 Peter Weber is every girl’s dream. In addition to being an exceptionally good looking person and owning equally admirable built, he dons the title of a commercial flight pilot.

The world first got to know Peter through his appearance on season 15 of “The Bachelorette”. He would also become “Th Bachelor”.

A fan favorite since the beginning, Peter and Hannah built a strong repertoire early on. The duo allegedly fornicated four times.

Amid the budding romance between the two, rumors suggesting that Peter had a girlfriend back grew rampant. It even prompted Hannah to show him the door during the season’s 9th week.

Taken aback by Hannah’s decision, Peter held resentment towards his once-girlfriend prospect. Following the show’s conclusion, the duo made amends.

Why Did Peter Weber And Kelly Flanagan Split?

Barely a month had passed since the airing of the finale of Hannah Brown’s Bachelorette finale, reports about Peter Weber possibly being the next “Bachelor” was beginning to gain grounds.

Adding to the gossip, TMZ spotted a camera crew following Peter at LAX on 12th September 2019. 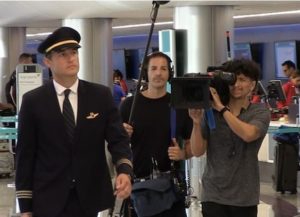 A day before the LAX sighting, the “Bachelor Nation” insider Reality Steve had provoked frenzy after suggesting that Peter might be the Bachelor 2020.

Surely enough, Peter starred as “The Bachelor” in the franchise’s 2020 installment. Hannah Ann Sluss was originally the season winner. But by the time the “After Rose Special” aired, Peter and Hannah had split.

Peter then revealed he was dating Kelly Flanagan in May 2020. The couple, however, announced their split on 31st Dec 2020.

Speaking to Cosmopolitan, a source revealed why Peter and Kelly called it quits. While highlighting it was Peter who ended things between them, the insider claimed their plans to move to NYC placed pressure on their relationship.

How Tall Is Peter Weber?

What Is Peter Weber Net Worth?

Way before he was even conceived, Peter was destined to spend a lifetime in the aviation field. Believe it or not, his biological parents met in the job — while papa Weber was a pilot, mama Weber worked as a flight attendant.

Despite being a rather successful pilot with a considerable net worth, Peter still lived with his parents while filming the Bachelorette. With newfound fame and renewed dating life, that should no longer be the case.

When not working as a pilot for Delta Airline, Peter spends time snowboarding, dancing, and watching football.