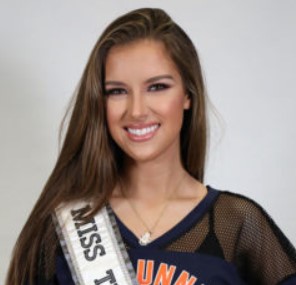 Alayah Benavidez rose to popularity after she participated in the twenty-fourth season of The Bachelor.

Join along with us until the end of the article to discover Alayah’s wiki, net worth, dating status, and many more.

Alayah was born on August 7, 1995, in Helotes, Texas which makes her 24 years old as of January 2020. She was born as Alayah Nicole Benavidez.

Coming to her education, she attended the University of Texas at San Antonio and studies English. A fact that many of the people might not know: Alayah loves writing poetry and wants to be a professor in the future.

Alayah lives in a large family, including her parents, two siblings, and her grandmother. her sister’s name is Isabella and her brother’s name is Lucas Duke. Moreover, her grandmother, Rosie is available on Instagram as @Grandma.roe.

Job, Net Worth, The Bachelor Stint

Aside from being part of The Bachelor, Alayah has already been the winner of Miss Texas 2019 and the participant of Miss USA 2019 and Miss Universe 2019.

After already participating in the beauty pageant Miss Texas for three years consecutively i.e. 2014, 2015, and 2016, Alayah was finally crowned a winner of Miss Texas in 2019. 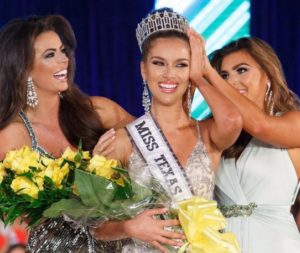 Alayah Benavidez during the crowning moment of Miss Texas 2019.

Also, Alayah owns a boutique named Three Bees Boutique in partnership with her mother and sister.

As for the show The Bachelor, Alayah was eliminated in the third week of the show by Peter Weber whose charges were that Alayah faked affection for him. However, she is rumored to return to the show based on the show’s next week’s previews.

No doubt such an excellent career and various job titles would award Alayah with some handsome net worth.

Even though Alayah’s information about her family and the career is all out on the Internet, her dating history is the stark opposite.

As of Jan 2020, there was no information whatsoever if Alayah had any boyfriend. A thing, however, that was clear for everybody to see was that she is not married yet and thus has no husband.