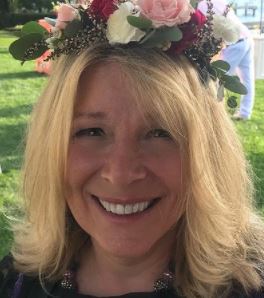 People, you know a lot about Married At First Sight. We have also covered quite a few articles about the couples of the show. This time around, we have one of the experts of the show, Pepper Schwartz.

Read more about Pepper Schwartz in the article below including her age, height, net worth. Also, get to know about her husband.

And because of her 11th of May birthday, her zodiac sign was Taurus.

Pepper Schwartz’s real name is Pepper Schwartz. We do not know anything about Pepper’s family before she got married, i.e. her parents and her siblings.

Her hometown is Chicago, Illinois. However, she currently lives in Seattle, Washington. She has a horse farm and she lives with her family on the farm.

When she was young, Pepper was friends with a gay couple Phillip Blumstein and his partner Gary (last name not known). Phillip was her writing partner, while Gary was the godfather of her son.

Young Pepper Schwartz with her writing partner Phillip Blumstein when they were young (PC: Pepper’s IG)

Ever since Pepper was an ardent supporter of same-sex marriage.

If you are a Married at First Sight watcher, you may already know that Pepper was a very short woman. In fact, she was shorter than all the experts and other cast members in the show. Pepper Schwartz stands at a height of mere 4 ft 11 inches. There was even a Reddit thread dedicated to Dr. Pepper’s height.

Dr. Pepper had a decent following on social media platforms as of May 2021. Especially on Instagram, she had a considerable following, i.e. 33.8k. Similarly, on Twitter, she had 6.1k followers.

She also had a Facebook page with 3.2k followers. Dr. Pepper also had a cameo profile with 10 5-star reviews.

Dr. Pepper might have earned her renown among the masses with Married at First Sight and its spin-off shows, but she was already an accomplished academic before these shows. Her interests lied in the fields of gender, love and sexuality, marriage and family, etc.

She is a professor of sociology at the University of Washington. Pepper gained her college education from Washington University in St. Louis. She got both her BA and MA degree from the same university. Later, she got her Masters of Philosophy and Ph.D. (in sociology) from Yale University.

So far, Dr. Pepper has written 25 books on love and sexuality and authored over 50 academic articles on the topics of love, sex, marriage, etc. She is a board member of the Advisory Council of the Human Sexuality Program at the University of Minnesota as well as that of Council on the Contemporary Family.

Her performance in the Married at First Sight franchise was the most popular one. She was one of the three experts on the show.

Dr. Pepper is married to her husband Frederick Kaseburg. Fred is a lawyer, specializing in intellectual property. He is a member of Washington State Bar and lived in Seattle, Washington.

In a 2015 article published in AARP, Pepper disclosed that she started dating her now-husband Fred in 2006. She mentioned that they got engaged in 2014, after eight years of relationship.

Dr. Pepper also explained another rather interesting thing: the two had never lived in the same household, except for special occasions. She even went on to mention that they were not planning on living together even after the wedding.

The reason behind that was that both of them had gotten accustomed to their own houses and living by themselves and to change that at such an old age (Fred was also 76 years of age) was difficult.

Dr. Pepper eventually married Fred Kaseburg on 17 June 2018. Pepper and her husband celebrated their first wedding anniversary in 2019 with a dinner in Ascend, a restaurant in Seattle. Later, they went to watch Men in Black.

Who Are Pepper Schwartz Kids?

Fred Kaseburg is Pepper’s current husband but the two of them only met at the dusk of their lives. Before Fred, Pepper had already lived a long life and in that long life had another husband and two kids.

Pepper was once married to a Washington architect called Arthur M. Skolnik. She was Arthur’s second wife and they had two kids together. They eventually divorced and Pepper went on to find Fred and Arthur went on to Susanne Loven, who he married in 2003. Arthur died on 5 February 2020.

Among the two kids, Pepper had with her ex-husband Arthur were a son Cooper C.J. Schwartz and a daughter Ryder T.G. DeFranco. Both of Pepper’s children were now married and had kids of their own.