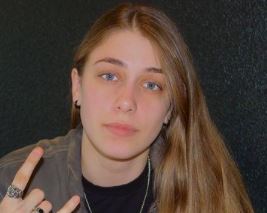 In early 2021, the internet found yet another personage to hate upon, and this time, falling victim to the cancel culture was the TikTok star, OnlyJayus.

The content creator who started her TikTok journey in early 2019, seemed to have used “racist rhetoric and derogatory language” in the past. As the screenshots of her old conversation surfaced, fans were upset and demanded an apology from her. However, even after OnlyJayus’s redemption video, many fans were still not so sure about forgiving her.

Learn everything about OnlyJayus over this wiki.

The whole drama started with a screenshot that claimed to be from the conversation had with OnlyJayus a few years ago. Over the picture, we cud see her using the N-word and raging at the anonymous person.

Soon, the whole situation blew up and fans took it to her TikTok comment section and pressed her for a response. As OnlyJayus didn’t repose immediately, it only got more and more people to doubt her silence.

Finally, OnlyJayus posted a video on all her social media platforms, talking about the case with an apology. Over the video, the TikTok star accepted that she said “disgusting things to people” in the past and was “ashamed” for it.  She added,

“I knew what that word meant and I understood the power behind it, but I said it anyway because it was the meanest thing that I could think of and I am so sorry to everyone, but especially to those in the black community.”

In the end, she asked for forgiveness and concluded the video stating that those screenshots were not the reflection of who she was today.

OnlyJayus was born on April 12, 1999. That made her 21 years of age as she sparked the racist controversy in 2021. Corresponding to her birthday, she is of the Aries zodiac.

OnlyJayus’s real name is Isabella Avila. She chose the name “OnlyJayus” because her original name was already taken. In fact, her nickname was supposed to be “notjayus” but along the way, people somehow starting calling her “only jayus”.

Talking about her family, OnlyJayus has three sisters named Olivia, Jaidyn, and Ania Avila. Among them, Olivia and Jaidyn were into makeup and nail arts, while Ania was an Instagram influencer. By 2021, Ania had gained over 10K followers over IG.

Also, OnlyJayus has a beautiful mother who celebrated her birthday on March 15.

As for her hometown, she is from California.

You might be surprised, but OnlyJayus stands tall at a height of 6 feet and 2 inches (187 cm) and weighs above 63 kg (138 lbs). Yes, she is a tall girl. Making fun of her height, She even made a Tiktok video where she touches the ceiling and bangs her head on the wall lamps. Moreover, she hilariously captioned it,

Mentioning her distinct features, OnlyJayus has mysterious blue eyes, brownish hair (which she cut short in Oct 2020), and skull tattoos on different parts of her body.

“I talk in a mirror and people listen for some reason.”

Also, she had 510K subscribers over Youtube, and 133K followers over Twitch.

OnlyJayus’s net worth was over $500 thousand in 2021. The girl who first went viral for posting comedic, but informative videos about science and psychology on TikTok, OnlyJayus now ruled over all the major social media platforms.

Apart from the social media earnings, she also sold her mech over “onlyjayus.com”.

Furthermore, fans could also become a patron of OnlyJayus at $57 per month.

Fun fact: Before becoming a TikTok star OnlyJayus worked as a salesperson at Best Buy.

The California native also hosted a Netflix podcast called Know It All, where she often answered all the questions that came up while watching Netflix shows. As for the queries about her Nickelodeon show, OnlyJayus didn’t seem to appear in any of them.

Talking about her education, OnlyJayus was trying for her degree in computer engineering. In June 2020, she posted a picture with her sister mentioning that she graduated with an AA in math. So, only two more classes were left for her to get an AA in computer science.

Based on her interviews, OnlyJayus was born a female and identified as one. Also, she seemed proud of her gender.

OnlyJayus’s sexuality was not much of a mystery after she introduced her girlfriend named Hailey on Valentine’s Day 2020. Since then, the two often appeared together over OnlyJayus’s socials, always alongside a sweet caption.

Also, Hailey is loved by OnlyJayus’s fans. After all those videos that featured Hailey, it was hard for anyone not to root for the couple. You can find their lovey-dovey moments over her Youtube videos titled “CHAPSTICK CHALLENGE WITH MY GIRLFRIEND”, and “DESTROY EVERYTHING DATE NIGHT”.

Little info about Hailey: She goes by the name “h_lightning” over IG and prefers the “she/they” pronoun. 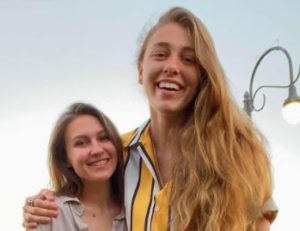 As for OnlyJayus’s boyfriend, there were no records found.