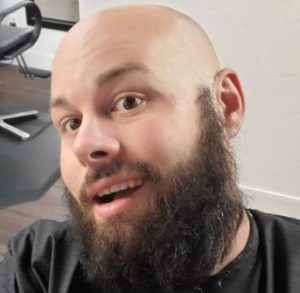 Are you one of Puppers’ fans who noticed something was off about his voice in 2020? With a slow and slurred tone, Puppers wasn’t as energetic as he used to be. While some accused the Twitch/Youtube steamer of using drugs or alcohol, others were genuinely worried.

So, what was wrong? Also, what was going on in Puppers’s life outside the screen? Stay with this Puppers wiki to enlighten yourself.

Corresponding to his birthday, Puppers is of the Virgo zodiac.

On most of his birthdays, fans surprise Puppers over various gifts over the internet, such as — a cute sketch, or a tribute video, or just a plain birthday wish.

Puppers’ real name is Max. As his full name wasn’t shared, most of his fans called him simply Max.

Digging around a little about his family, we found that Puppers has a lot of relatives who served the country. That was also why he was one of the streamers who commemorated Memorial Day.

On Memorial Day 2018, he took it to his Twitter to write,

“Happy #MemorialDay everyone. I just wanna say thank you and I honor you, to everyone that has put their life on the line to protect the country. I freaking love you all”

As for his hometown, Puppers hails from California. He last visited his birthplace back in March 2020.

Mentioning his distinct features, it is hard not to notice Puppers bald head and thick beard (which he liked to dye often). Also, the brown-eyed boy wore glasses all the time.

Back in June 2021, Puppers had dyed his beard pink.

It was early 2020 when fans started to notice the change in Puppers voice. They claimed that he sounded drunk in almost every stream, and many were genuinely worried about him.

Finally, in December 2020, Puppers broke his silence and tweeted,

If you don’t know what ALS or Amyotrophic Lateral Sclerosis is, it is a group of neurological diseases in which nerve cells that control voluntary movement are affected, aka Lou Gehrig’s disease.

Also, Puppers shared that he was dealing with ALS symptoms before he got his diagnosis.

As for how it affected Puppers voice, the never cells for chewing, walking, and talking were affected. Thus, the change in his speech.

On April 2021, Puppers took the time out to thank his fans for staying with him even when his voice wasn’t the best. He tweeted,

“Everyone that still comes by the stream and hangs out even though my voice has gotten super bad. Just know I love you all so much and you mean the world to me. Best friends”

ALS has no cure, but on the bright side, physical therapy and medications can help manage their symptoms. We wish Puppers a speed recovery and empathize with how hard the whole thing was for him — especially when your job is streaming and talking for 8 hours every day.

Also, his discord then had 9.4K members.

Did you know: Puppers is a food enthusiast. His IG posts often featured his delicious-looking homemade cooking. From American Beef stew to Vietnamese Pho to Korean Bbq, Puppers made it all.

A Twitch and Youtube streamer by profession, Puppers garnered under $500 thousand net worth by 2021.

Reportedly, his primary source of income was from Twitch, but that didn’t mean Youtube paid him any less. In 2021, his Youtube earning was estimated to $711 – $11.4K yearly. As of then, Puppers entertained 111K subscribers over his self-titled Youtube channel.

On March 2020, Puppers uploaded a picture of him (on both IG and Twitter) with 2 drinks captioned,

“Time for a strawberry margarita with a shot in the middle.”

So who was the other drink for? Fans have guessed that the “pink drink was” for his girlfriend, also the person behind the camera.

But Puppers himself never confirmed that the other person was his girlfriend.

No matter, Puppers had a girlfriend then or not, but he did have a reliable companion — a dog named Blu.