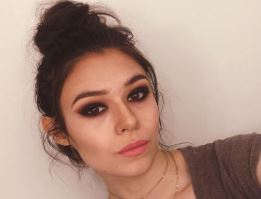 Arkansas became the first state to ban gender-affirming treatments and surgery for transgender youth in April 2021. Although many residents approved of the decision, Supergirl star Nicole Maines wasn’t having it.

So, who is Nicole, who was born as a “trans kid” herself? Keep reading to learn all about her.

As per her birthday, Nicole is of the Libra zodiac.

Nicole Maines As A Kid

Born as Wyatt Maines, Nicole was adopted at birth in 1997 by middle-class, conservative parents, Wayne and Kelly Maines. Growing up, she always wished to be a girl, and by the time she turned 2, Nicole was already asking questions like — “When do I get to be a girl? When will my penis fall off?”

Although Nicole’s mother noticed her uneasiness, her father just ignored the behavior, thinking that it was her innocence as a kid. And it wasn’t until Kelly filed a lawsuit against Nicole’s elementary school, and Nicole’s twin brother Jonas said “Face it, Dad, you have a son and a daughter” that Wayne’s eyes opened. 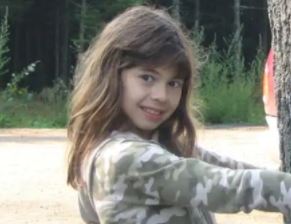 Nicole received her gender reassignment surgery in June 2015, a month after she graduated from high school.

Before surgery, Nicole Maines was the same girl at heart and didn’t look any different from what she did after. She maintained long hair and even dressed like a girl as a child. According to her parents, since Nicole was already a girl, even before surgery, they wanted her to have a girl’s name.

“Raven” was the first name Nicole came up with. But since her dad didn’t like the name — complaining that it wasn’t “a real name” — he took the matter into his own hands. And after considering the name “Quinn” for a while, he finally settled on “Nicole”. 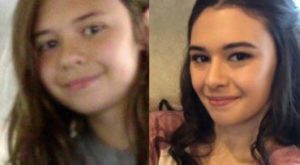 Nicole Maines before surgery and after (Source: Nicole’s Instagram)

Who Is Nicole Maines Twin, Jonas?

Nicole Maines has an identical twin brother named Jonas Maines. He is a University of Maine theater student who went on to work as an assistant director at Hyde Park Theater. Also, he later worked as a recruiter for 4 months at Barton Associates Inc in 2019.

As of 2021, Jonas was working as a logistics coronation for Total Quality Logistics and resided in Chicago, Illinois.

Some of Jonas’s theater works include — The Curious Incident of the Dog in the Night-Time as Christopher, Hamlet as Hamlet, Wait Until Dark as Roat, A Cry of Players as Will, and many more.

As of 2021, Nicole Maines reportedly flaunted a net worth of under $1.5 million.

Also, if you didn’t know, Nicole has penned her life’s journey on a $13.99 book titled Becoming Nicole: The inspiring story of transgender actor-activist Nicole Maines and her extraordinary family published in June 2016.

According to “nerdsandbeyond.com”, Nicole will also be writing a memoir soon.

Nicole Maines Partner: Is She Single Or Dating?

Nicole Maines appeared to be single as of 2021. However, she seemed to have had a partner before.

If you regularly follow her over Twitter then you should know how often Nicole talked about her boyfriend in the past. Well, in case you missed it, here we are, updating you about it.

Back in Nov 2015, Nicole gave a shout-out to her boyfriend for “running to the market last night” to pick her up a “2 liter of rootbeer and ice cream” to help her study.

Then again, she talked about him in March 2016, sharing that her “boyfriend carried his entire desktop setup across campus” so they could play “Black Desert” together. “That’s a keeper right there,” she added.

Guess the lovebirds were both into video games.

Later, Nicole also mentioned that she mostly played on Wii u and computer, while her boyfriend preferred PS4.

Nicole’s last posts about her boyfriend were in 2017, where she shared a few memes and also asked her fans how could she get him to read Harry Potter.

So, it could be that the duo’s journey ended there.

As for how it began, a fan inquired over Twitter about where did she first meet him; which went answered as of 2021. But judging from the post she made back in Aug 2013,

It should be that Nicole met her alleged partner after 2013.

2 Replies to “Nicole Maines Partner, Single Or Dating, Before Surgery”