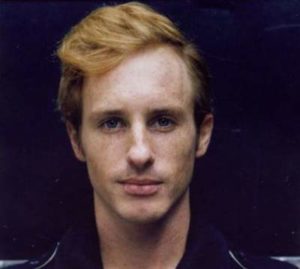 Just in the news: Tallulah Willis, daughter of Demi Moore and Bruce Willis, is engaged to her director beau Dillon Buss.

Known for her work on The Whole Ten Yards (2004), Bandits (2001), and The Scarlet Letter (1995), the youngest in the family announced the news on her Instagram on May 5, 2021. People then naturally wanted to know about her fiancé.

Below is this Dillon Buss wiki covering everything one needs to know about Tallulah Willis’s fiancé.

Dillon’s parents, Steve Buss and Patti Lynch Buss, now live in Barnstable, a town in the United States state of Massachusetts and the county seat of Barnstable County.

His mother, originally from Scarsdale, New York, writes in her Facebook bio that she finished a 34-year career in teaching and since have continued on my journey as an artist.

For siblings, Dillon has a big sister Casey Buss. Dwelling in Boston, Massachusetts, she seemed happily married to Benjamin Cohen with a baby.

Now and then, Dillon’s folks appear on his social media sharing.

Dillon Buss, who stands 5′ 8″ in height, is always in motion, as his official website puts it. Wherever may one catch him, on a gallery show, fashion shoot, skate spot, or beach fire, he would always have his giant smile and warm hug with him.

The music enthusiast and an avid ping-pong player, Dillon Buss is reported to have collected an estimated net worth of $300K sometime ago in the past.

So, Dillon is an American film director with a knack for creative direction, art direction, and set design.

Per LinkedIn, he has been working as a freelance director as of 2011. As a film director, he is also employed at VAGRANTS (as of 2018).

The Los Angeles, California resident is kenned for his directorial work on Motion for Action (2012), The Box (2011), and A Week Off: An Even Better movie (2013). He studied Bachelor of Arts in Film/Video at Massachusetts College of Art from 2008-2012.

Also a professional skater, he was sponsored by Converse and Orchard Skateshop, a skater-owned and operated shop in Allston, the last time we heard him talk (in Aug. 2019). He landed his very first skate sponsorships as a teenager. Since he has been esteemed for the unique energy and perspective he brings to his skateboarding.

Unable to contend with the excitement, both Dillon and his bride-to-be Tallulah Willis took to social media their raw moments from the big day.

A series of the captured moments featured Dillon down on one knee. And, Tallulah of course was over the moon and absolutely surprised. 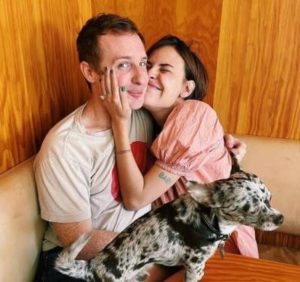 Then, Tallulah’s magnificent diamond ring from Dillon turned out to be the show-stealer. To those who were wondering, the emerald-cut center stone featuring beveled edges, four prongs, and a yellow gold band is a masterpiece from Brooklyn-based jeweler Karina Noel.

“I can finally call you my fiancé. Love you forever Buuski Lu, you are my best friend ❤️ #maythefourthbewithus,” Dillon wrote on Instagram. Then, the duo was congratulated by many including Tallulah’s older sisters.

That been said, Dillon and Tallulah have not disclosed if or not their wedding is going to happen any time soon.

The couple first made an appearance as a pair on Instagram in February 2020. In fact, later in November the same year, Tallulah confirmed on Instagram, that February 2nd was their first date. She mentioned, “I might marry this guy”, and dedicated this to her “Dill”.

“this man is my teacher, my protector, my buddy, my anchor to the earth when I float too far. I lov you DB.”

More about Tallulah, born on February 3, 1994, she is 5′ 4″ tall in height, English-American & Scottish-American on mother’s side, and German-American on her dad’s side. For some reason, she was named so after actress, Tallulah Bankhead.

Tallulah was previously linked to actor Jack Kilmer after she attended a movie premiere with him in 2019.