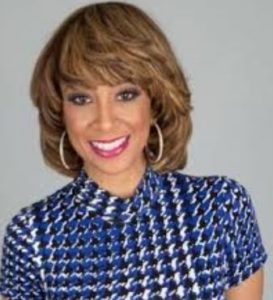 Monica Payne lives and breathes music. Even after her musical career didn’t pan out as planned, she opted to stick around and contribute through other avenues.

Take a stroll through Monica’s wiki-style biography to learn more about her!

A Pisces via birth sign, she celebrates her birthday on the same day as actress Drew Barrymore.

According to Monica’s Wikipedia profile, her family hailed from South Carolina. Reportedly, she boasts Panamanian ancestry.

Monica Payne’s singing career began in the late-80s with “The Grylz” — a New Jack Swing r&b trio comprising of her, Tara Geter, and Terri Robinson.

After releasing “Love Me or Leave Me” in 1988, “The Grylz” disbanded. Following the split, Monica teamed up with Terri to form “Terri & Monica.”

Signing with Epic Records, “Terri & Monica” released two studio albums “Systa” and “Suga.” By the turn of the century, the duo had parted ways.

Fast forward to the year 2005, Monica had begun working as an event production manager. Between Jan 2008 and Dec 2010, she held the position of product manager/artist development at “SodaPope Entertainment.”

Circa 2009, she founded a self-titled booking agency “Monica Payne Enterprises.”

An artist manager at the “Artistry World Wide,” Monica joined the company in May 2010. At AWW, she commenced managing actress/singer V. Bozeman.

As part of her job at AWW, Monica traveled with her client, handle all the business affairs, create social media strategies, and aid in the development of her artist’s live shows.

Factoring in all her monetary excursions, Monica reportedly boasts a five-figure net worth. 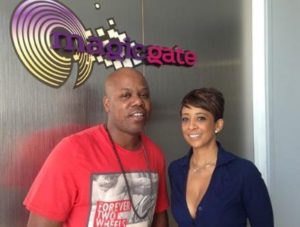 A hard-nosed music industry vet, Monica Payne boasts a behemoth of a contact. Of all her industry connections, none turned out to be as important as her friendship with rapper Too Short.

For 15+ years, Monica and her once-husband prospect Too Short were great friends. Circa early-2010s, the duo’s relationship took a romantic angle.

Together, Monica and her then-boyfriend Too Short appeared in an episode of MTV reality show “Couples Therapy” in 2012.

Because of the reasons unknown to the public, Monica’s dating life with Too Short eventually came to an abrupt end.

Splitting from Monica, Too Short went on to become a first-time father. The “Only Dimes” rapper’s on-and-off partner Sue Ivey gave birth to a daughter in December 2018.

Previous: Moneybagg Yo Net Worth, Dating Status, Baby Mamas, Height
Next: Rip Taylor Cause Of Death, Gay, Wife, Net Worth