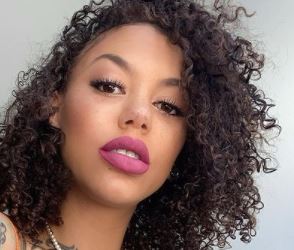 Getting a tattoo might be cool. But not everyone is happy with their decision after getting the permanent ink. Thus, Netflix’s brought those people together over its new reality series Tattoo Redo whose tattoos were given a makeover by talented artists including our star for the article, Miryam Lumpini.

Delve into the tattoo artist as this Miryam Lumpini wiki proceeds.

Miryam Lumpini is a self-described “The Witch Doctor” who has worked with several celebrities such as Jhene Aiko, Skrillex, and Swae Lee. Also, she has even designed a show for Reebok.

In July 2021, she was featured over Netflix’s Tattoo Redo alongside several other tattoo artists who competed to see who can create the most distinctive and stylish tattoo.

The other cast included Tommy Montoya, Twig Sparks, Matt Beckerich, and Rose Hardy. Each of them was second to none, but Miryam certainly had something different about her style.

Corresponding to her birthday, Miryam is of the Sagittarius zodiac.

Miryam Lumpini flaunts a bi-racial ethnicity. Her mother Eva Sater is a Sweden native who is white, while her father Jah Lova is Congolese.

Talking about them, Miryam’s father passed away in early 2019. She often misses him and takes it to her IG to reminisce about him. As for Miryam’s mother, she is a sassy lady who looked just like Miryam while she was young. Not much was known about her, except for the fact that she like flowers and plants.

Fun Fact: Miryam chose her moniker to be “the witch doctor” after a friend said to her, “You’re like a witch doctor”.

Her distinct features include brown eyes, a triangular face, and a body covered with tattoos. But did you know? Most of her tattoos aren’t just an art, rather it has a deeper meaning hidden behind them. Just like her favorite tattoo that reminded her of her dad.

Miryam said that she did the tattoo on herself just before he passed away. “It is very important that I carry that energy with me, though our physical beings are not always as important as our spirits and what we carry inside,” she added.

Miryam Lumpini garnered a net worth of above $800 thousand by 2021. As of then, she was working as a Global Creative Director of the temporary tattoo marker, Body Mark (BIC).

According to the company, Miryam used her inspirations and expertise to shape the BodyMark by BIC brand to inspire everyone to express their personal style and experiment with fun new designs and vivid ink colors.

Wondering how much did she charge? Well, she had no listing of her prices as of 2021. However, you can submit your queries over art@miryamlumpini.com.

A Stockholm, Sweden native, Miryam never dreamed above become a tattoo artist. In fact, she was studying media production, graphic design, and photography because she thought “that would be beneficial” for her in the future. But then she got bored sitting in front of the computer a lot. Thus, around 2008, she started listening to hardcore music and do tattoos on her friends.

This actually got Miryam an apprenticeship later on.

In light of her education, Miryam graduated from Stockholm International School and went on to study photography at UCLA.

The two dated for over a year and welcomed their first child named Rafael Aaron in Feb 2021. Their kid even owned an IG account @king.rafael.aaron, garnering over 475 followers with a few months of its creation. 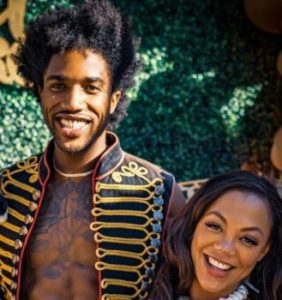 As of 2021, Miryam and her 6’2” boyfriend weren’t married and seemed to happily be in a relationship. On valentines day that year, Miryam shared that Jayson always kept the family first, always helped her out, always heard her out when she felt like nobody understood her, and always wanted to “learn more, get better, and grow”.

Their first ever photo on Miryam IG date back to May 2019. This could have been the time, the couple fell in love.

One Reply to “Miryam Lumpini Wiki: Boyfriend, Net Worth, Ethnicity”