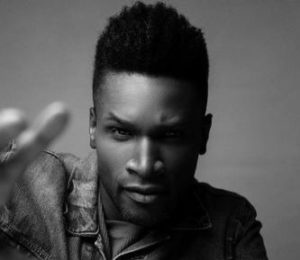 Chaun Williams is the oldest contestant who joined HBO Max’s new dating show FBoy Island in 2021. At first glance, he seemed to be a decent nice guy, but sometimes the biggest Fboys are those who disguise as angels.

So, who is he in real life? Stay with this Chaun Williams Wiki and figure out.

HBO Max’s FBOY Island featured three girls, Nakia Renee, CJ Franco, and Sarah Emig, who searched for love amongst 24 men including Chaun Williams, half of whom were self-proclaimed FBOY while the other 12 were on the show for the right reasons.

So, the goal for the girls was to eliminate the FBOYs and find themselves an honest one. But love wasn’t all that the participants were competing for, the winner also bagged home a $100,000 prize.

As per his birthday, Chaun is of the Libra zodiac.

On his 35th birthday, Chaun took it to his FB to share that he and Gandhi shared the same birth date. He wrote, “I’m not saying I’m Gandhi but we share the same birthday! (laughing emoji).

Chaun Williams is a modest guy who credits his family for all he was today. Especially, he thanks his “Mom and Pop” for giving him the gift of life.

Unfortunately, Chaun’s father has long passed away. But, as of 2021, he still has his loving mother Donna Trigg — with whom he often enjoyed Factiming and giving her all his time.

Donna was working as a quilty checker for Express Scripts for over 18 years then.

Two months before Donna’s 65th birthday (i.e. on July 25), Chaun went to surprise her during a family trip. She had no idea that he would be coming, and her reaction upon seeing him was priceless.

Trivia: On Donna’s 65th birthday, Chaun uploaded a childhood picture of him, his siblings, and his mother captioned, “Wishing my mom a Happy Birthday! May today be filled with as much joy as you’ve given me throughout my entire lifetime! Love you, Mama”

Talking about Chaun’s siblings, he has a year younger sister named Amber (birthday: March 9), and an older brother who was a singer and songwriter. One of his songs was named “Gatorade.”

Mentioning his distinct features, Chaun has brown eyes, a long face with a chiseled jawline, and an intimidating body.

He wears a 12 inches shoe and has 32 inches waist.

Before You Go Ahead: Kellee Merrell Wiki: Ty Pennington, Net Worth, Age

Surprisingly, his TikTok @sirchaunwilliams then only had 30 followers.

Chaun Williams is an image consultant, fitness model, and Cirque Du Soleil performer. The last we saw him perform was in the Las Vegas Cirque Du Soleil show Zumanity at the New York-New York Hotel and Casino in 2020.

In 2021, he was working as an image consultant for Delux Version Magazine.

Before that, Chaun was a lead dancer for Chippendales Las Vegas Llc for almost 10 years.

Also, Chaun took on a job as a massage therapist circa 2009.

In light of his education, Chaun graduated from the Nevada School of Massage Therapy in 2006. Over a decade later, he then received training from the National Academy of Sports Medicine.

Aside from this, Chaun is also an author who wrote “PHYSIQUE: Your Concise Guide to Men’s Physique Competition”. It was available at Amazon for $9.99.

When Chaun wasn’t working he liked to go out to dinner, shows, and clubs around Vegas.

Did you know: Chaun has worked alongside the actress Naomi Campbell on the New Bottega Veneta campaign 2021.

Chaun Williams is a classic romantic. His ideal date was “a candlelit dinner on a lake after a day of wine tasting at a local winery.”

While we know Chaun tried for love at FBOY Island 2021, outside the screen, he didn’t seem to have any girlfriend. So, he really might be an angle on the deceptive show.

However, though he wasn’t reportedly dating anyone at the time, fans were wondering if something was going on between him and the pop singer Ashlie Amber. Well, seeing them getting cozy over Ashlie’s “ThoseNights” music video, it was only natural for fans to ship them.

But whatever the case may be, we can confirm his love for one thing. His two dogs: Wendy and Herman.