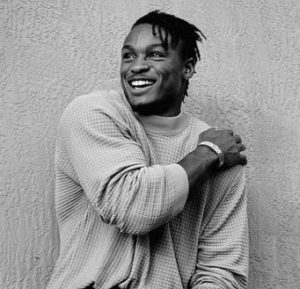 Jared Motley is one of the contestants of FBoy Island, a reality show on HBO. With his attractive and hunky appearance with a “soft” side inside, he knocked on the door of the villa to prove that he was a nice guy looking for love.

Scroll down and learn about FBoy Island contestants with this Jared Motley Wiki.

Jared Motley made his reality tv debut on FBoy Island, another dating show, but a little different than other TV shows. In this show, three women arrived to find love. 24 men who await them in the villa tried to prove that they were “genuine guys” looking for a relationship.

So, the show is about unraveling who among the contestants are the Fboys only for the grand prize of $100,000.

Jared described his ideal partner as someone who “communicates well” and has “a kind heart.” A woman who “wears their heart on their sleeves” is his interest. “Picnic on the beach with wine and fruit,” is how he pictures dream date to be. The bio suggested him to be a nice guy, but his behavior told them otherwise.

Born to his parents Donovan Motley and Shala Motley, Jared Motley hailed in his hometown of Okemos, Michigan, United States.

According to his LinkedIn, Donovan Motley worked as an analyst for Michigan Lottery.

While his family details remain obscure, there was a user IG user (@brazielshyt) who called him her little brother. She promoted the show on her IG and called herself a proud sister. Other family members of Jared Motley include Justin Motley and Laura Motley.

As a high school athlete, Jared earned seven varsity letters over four years. He held the school records in the 200-meter dash, 4×200, and 4×100-meter relays. He also earned the All-State and all-conference honors in track and field.

Furthermore, Jared helped lead the basketball team to a conference championship in 2011. He was also named to the 2011 Football Dream Team and went on to earn all-conference honors for football.

After high school graduation, Jared committed and attended Saginaw Valley State University. Dropping his Track & Field, he pursued a career in football as well as basketball in college. His Michigan rank was 9 and his national rank was 235. He played 22 games in total where she earned 3.9 points per game.

On Facebook, he goes by his own name, Jared Motley, where he was friends with 1.5k people. He updated his Facebook last time on 22 July 2021.

Jared works alongside several local brands and landed endorsement deals. He promotes Sophia Smoke on her Instagram, a hookah brand. He is also the brand ambassador of Goat Fuel, an energy drink brand. This earned him partnerships with several clothing brands such as Size Up and Unbroken.

But, after high school in 2012, he seriously pursued a job as a fitness and personal trainer. Most of his IG posts are filled with him working out. Talking with VoyageMIA, he shared that he has been associated with the fitness industry for almost a decade.

As a self-proclaimed, Gym Rat, he had numerous clients participate in his pt. regimen, as well as his specialized nutrition programs at Fruition Fitness. He spent countless hours sharpening his craft, working with clients, or at fitness, events networking & socializing.

He also has his own company named Fruition Fitness, a global online fitness, accountability, and nutritional program that he offers to anybody that has fitness goals. Talking about the pricing, he stated $599 for 6 weeks fitness, nutrition, accountability transformation challenge.

He also pursued a modeling career and has a profile on Back Stage.

In 2019, he also talked about extending his collegiate football career to professional ones. He had landed several tryouts and the fact that he isn’t playing professionally means it probably didn’t work out for him.

Jared Motley is a handsome hunk and successful individual, who is highly desirable considering the dating scene of Miami. However, he tried maintaining privacy when it comes to his former girlfriends and details on his family.

The Michigan-native kept details regarding his love life as a private affair which he didn’t entertain sharing publicly. So, any girlfriends he had, Jared avoided sharing details on his social media.

The fact, that Jared joined FBoy Island meant he was single at the time of his debut as a contestant of the show.