Home EntertainmentMicah Plath Wiki: Net Worth, Height, Weight, Who Is He?

Micah Plath Wiki: Net Worth, Height, Weight, Who Is He? 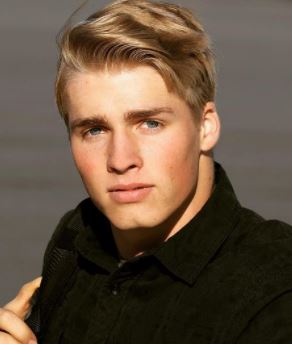 Enticed by his brother Ethan‘s adventurous life, Micah Plath was on his way to escape from his ultra-conservative family in TLC’s Welcome to Plathville.

While Micah had already moved out from the unconventional family and was living with his younger sister Moriah, he also introduced a new woman to his delimited life. Oozing out of the boundaries like Ethan and Moriah, Micah’s parents were certainly not happy about it.

So, what drama does Welcome to Plathville holds for us this season? Keep watching to follow on his upcoming adventures. Meanwhile, learn everything this is to know about Micah over this wiki.

Micah Plath is the 3rd of the 9 siblings born to parents Barry and Kim Plath. He was born on March 10, 2001. That made him 19 years of age in 2020 and corresponding to his birthday Micah is of Pisces zodiac.

Among them, Ethan was married and living with his wife, Olivia right down the road from the family. And Olivia was expanding his world teaching him things like drinking soda and alcohol.

And like Micah, Moriah was inspired by the adventurous life Ethan was living.

So, this left Lydia Plath as the oldest “responsible” sibling remaining in the family. She was frequently seen in the kitchen, making food for her siblings and listening to family problems.

Also, Micah had another brother named Joshua who sadly passed away in a tragic accident. The 17-month old Joshua got in the way of the vehicle that the mother, Kim was driving. And before he could be taken to the hospital, Joshua took his last breath at the family farm.

As for his education, Micah was homeschooled like the rest of his siblings.

What Is Micah Plath Net Worth?

Micah Plath’s net worth was over $100 thousand in 2020. Just in case you are curious, his family reportedly received around 10% of what Welcome to Plathville made.

Apart from his time on the show, Micah was also making his way into the modeling industry. He was spotted stripping down for a racy photoshoot with his friend Helena, down at Tallahassee, Florida. Also, he was doing photoshoots with big brands like Calvin Klein.

Happy with the bold steps Micah was taking, Moriah shared that says she was feeling “super excited” along with him. Also, fans believed that it was Ethan’s wife Olivia who first got Micah an interview at a modeling agency.

Furthermore, Micah took it to Instagram on October 22 to share about the changes and the person he was then. He uploaded a picture flaunting his ripped body in Calvin Klein underwear, captioned,

“I’ve grown a lot just realizing what my values and goals are and what isn’t necessarily worth stressing over. Life is difficult but I’m adapting and learning!!”

Due to his “unconventional” lifestyle, Micah was not allowed to see his younger siblings unless his parents were there. He shared that he was disappointed about his parents’ lack of trust for him and upset that he couldn’t build more of a bond with his brothers and sisters.

If Micah didn’t have chosen the “otherworldly” life, he might have become a good farmer. He spent several years raising beef cows on the family farm and loved doing it. Moreover, he was considered the best livestock farmer in his entire family.

Trivia: Micah was also part of his family band that traveled occasionally performing folk-style southern gospel music. He played the mandolin in the group.

Micah shared that he was proud of his new physique. After moving out of the family house, Micah spent a lot of time in the gym and “never stopped working on his body.”

Yes, you can find Micah Plath on Instagram @micahplath. He flaunted 130K followers before November 2020. He often uploaded shirtless pics, showing off his 6 pack abs.

The first woman who appeared in Micah Plath’s life was Lexi Marie. The duo first came to light in May 2020 after Micah took it to Instagram with a picture of them captioned,

“Life has been amazing with this girl! Can’t believe God put you in my life! Love you so much!”

Over the post, his sister Moriah commented “love both of y’all” to which  Lexi replied “my forever sister.” Though Micah’s parents didn’t approve of his dating life, it seemed that Lexi was already approved by Moriah.

However, it was unclear what happened between them. All we know is that they had a short-lived relationship.

Later, Micah introduced a new girlfriend named Caroline Alexis in November 2020. She attended Troy University in Troy, Ala., and was in the Alpha Delta Pi sorority.

Also, Caroline had over 16K followers in 2020 and first posted a picture of Micah and herself on Nov. 15.

Many fans approved of the pair. We could see Micah’s comment section over his Instagram pictures of them, filled with love and support.

3 Replies to “Micah Plath Wiki: Net Worth, Height, Weight, Who Is He?”