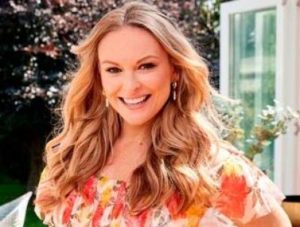 Married at First Sight UK returned on 30 August 2021 for a new season that is said to be the most “raunchy and explosive yet”.

16 contestants are taking part in the show this season who are to be guided by three relationship experts Paul C Brunson, Mel Schilling, and Charlene Douglas. And the writing below is about Mel Schilling one of the trio helping out the newlyweds along their marital journey.

Find out more in this Mel Schilling Wikipedia.

So, Mel Schilling joined MAFS UK as a psychologist and dating expert from the Australian version of MAFS. She has been working with the franchise since 2016.

Many fans especially remember her from the time when Mel was subjected to several death threats during season six of the Aussie version. Nearly 70,000 people had signed a petition for her to be removed from the show after she called out the language of one of the male contestants.

This season the producers are looking to spice things up and therefore are adopting the Australian format of the show.

Just like the previous seasons, the couples will be matched up by experts (Mel and the others) and will be never meeting before saying “I do”. But, the couples will not be getting legally married, instead, they will be having a lifetime commitment ceremony led by a wedding celebrant.

Another change this year is that the couples will meet up each week to have dinner parties and each time they will decide if they want to stay together or break up. The new series is scheduled for 21 episodes each 90 minutes long.

Mel Schilling has been especially enjoying the privilege of being one of the first therapists on Australian TV, all the red carpet walking, and champagne-sipping evening. But, when she is at home with her family and friends, it’s a completely glam-free life that she lives.

And then there is Rebecca Atkinson, Mel’s only “sissie” and look-alike.

Rebecca, who is on Instagram @beckacko, is a Mica student paramedic at Ambulance Victoria.

Speaking of hometown, all we know is, Mel is an Australian settled in Melbourne, Australia.

Mel Schilling is slightly over 5 feet tall and says what she lacks in her height she balances it out with her personality.

“I’m quite the tiny package and people often comment “oh you’re so much smaller than you seem on TV” when they meet me. But I pack a whole lot of energy into this small frame and what I lack in height, I reckon I make up for in enthusiasm!”

Then, the ageless Mel also cared to share why she is so well-tamed. She explained she loves nothing more than an intense workout and that functional fitness, yoga, and a skinny latte are her favorites.

Then, on her business/coach page on Facebook, Mel entertained 2.8K followers.

Mel also seemed hopeful for fame in her ‘Melanie Brisbane-Schilling’ YouTube channel that had 30 subscribers.

What Are Mel Schilling’s Qualifications?

Mel Shilling received her graduation in Psychology from Deakin University in 1994.

Then, for a year, from 1995 – 1996, Mel completed her grad. diploma in Psychology from the University of Melbourne.

Accordingly, the next year, she studied for her grad certificate in Human Resources & Industrial Relations at Victoria University.

Mel Schilling had collected over $2 million net worth by August 2021 from her multifaceted job as a success/confidence coach, TV presenter, speaker, consultant, and other miscellaneous partnerships, sponsorship, ambassadorship, and media presence.

She is represented by Kylie Green of The Lime Agency.

So, three years later into their first wedding anniversary, Mel summed her and Gareth’s journey as:

Mel and Gareth had met online through a matchmaking service, eharmony.

Mel shared, as husband and wife, they do their best to juggle their life; with her consulting and media commitments in Australia and Gareth’s business interests in America. “We don’t always get it right and I’m only too familiar with the feelings of ‘Mummy Guilt’ but we are learning”, exchanged Mel on her website.

Mel Schilling’s husband, Gareth is currently a development leader at Mercer Australia with a Ph.D. in Computer Security from the University of Wollongong.

For Mel, a “fresh-faced, Mum-bun kinda girl” that her you will probably doing a grocery shop or pawing over her laptop in a cafe, nothing matters more than her little family. She says, over the years, she has come to really value the love and connection of her tribe. 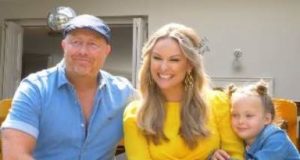 Mel Schilling is joined by husband and daughter as she sat down for an exclusive with OK! Magazine in August 2021 (PIC: Mel’s IG)

Not to miss, Maddie is joining Mel and Gareth at their home in Melbourne, Australia. Mel had her only daughter Madison “Maddie’ (now 6-year-old) via IVF at 42.