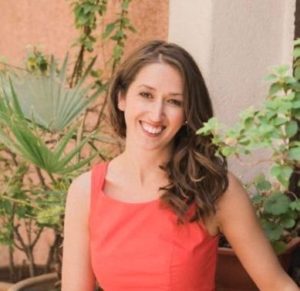 TV producer Brooke Nevils hit the headlines in October 2019 after accusing disgraced NBC host Matt Lauer of raping her. She made the revelation on journalist Ronan Farrow’s book “Catch and Kill.”

According to Brooke, the alleged rape transpired during the 2014 Sochi Olympics in Matt’s hotel room.

Then-a NBC employee Brooke had arrived in Sochi to work with former “Today” host Meredith Vieira. One night while the pair were enjoying their drinks at the hotel bar, they were joined by Matt.

As the night progressed, Matt lured an intoxicated Brooke into his hotel room — first by stealing away her credential as a joke and then by inviting her back.

Once Brooke entered the room for the second time, Matt forced himself into her. After pushing her into bed, he then flipped her over while questioning if she liked having a*al sex.

Despite declining several times, Brooke claimed that Matt “just did it.” Admittedly, she bled for days following the alleged rape.

Upon her return to New York, Brooke continued having sex with her alleged rapist. She described the so-called encounters as purely transactional instead of labeling it as a relationship.

Fast forward to the year 2017 and Brooke had a change of hearts. She reported the Sochi incident to NBC executives who reacted by firing Matt from the network.

Responding to Brooke’s scandalous claims, Matt denied wrongdoing of any sort. While acknowledging the affair, he insisted that everything between the two was consensual. In his own words,

“We engaged in a variety of sexual acts. We performed o*al sex on each other, we had va*inal sex, and we had a*al sex. Each act was mutual and completely consensual.”

Until her interview with Ronan Farrow’s for the said book, Brooke Nevils’ identity as well details of the accusations were kept hidden.

No doubt, the stated payout from her former network solidified Brooke’s net worth.

For her work on “A Leap of Faith: A Meredith Vieira Special,” Brooke and her team received an Emmy nod for “Outstanding Feature Story in a News Magazine.”

A contributing writer at Women’s Day Magazine, Brooke also enjoyed stints at the Chicago Tribune, the Baltimore Sun, the Chicago Magazine and the Atlantic Monthly.

Born and bred in Missouri, Brooke Nevils turned 35 years of age in 2019. The former NBC personnel was born in 1984.

After high school, Brooke enrolled at John Hopkins University. She graduated from the same with a double major in the Writing Seminars and political science.

Because Brooke doesn’t own an official bio or a Wikipedia profile, it’s a daunting task to dig into her family, parents, and siblings. 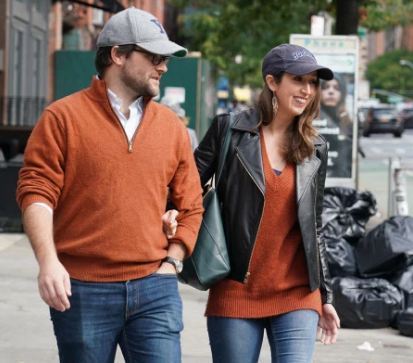 Days after coming forth with the rape allegation, Brooke Nevils was photographed kissing a mystery man outside her Upper West Side apartment.

Responding to the photos, the former NBC staffer tweeted that the mystery guy was none other than incredibly supportive and strong boyfriend-turned-fiance Luke Thompson.

Adding to the relationship revelation, she joked about looking forward to being snapped with him for the rest of their lives.

Based in New York City, Brooke’s husband prospect Luke (b. 1984) is a political strategist. A graduate of University, he boasts a Ph.D. in political science from Yale University. He spearheads Ad Astra Insights as its president.