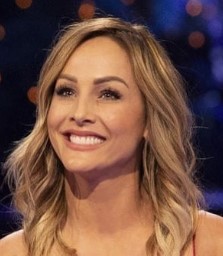 When you are on The Bachelor, finding your loved ones is not always guaranteed. Several contestants go home ending up single. But there are also those lucky ones who found a significant other for themselves. But, if you are lucky enough, you don’t even have to be a contestant.

Such is the story of Chris Harrison, the host for The Bachelor and all its spinoffs and his girlfriend Lauren Zima, an Entertainment Tonight reporter.

In the article below, learn more about Lauren Zima’s life–about her general wikis, career, net worth, and her relationship with Chris Harrison.

Reporter and presenter for Entertainment Tonight and ETonline, Lauren was born in the year 1986. Thus her age, as of August 2020, was 33. Lauren’s been celebrating her birthday on every 30th of November.

Born in Chicago, Illinois, Lauren had her days of struggle like everyone. Her zodiac is not available on the Internet as of yet.

Lauren Zima springs from a large Illinois family. With many siblings to play with during her childhood, Lauren was born to her parents: Donna Zima (mother) and her late father.

Even though it’s been almost 10 years since the death of Lauren’s father, she still can’t get over the fact that she does not have a father as she often remembers him through her Instagram posts.

Lauren has a Greek ethnicity from her father’s side.

Lauren Zima is a very hot lady, and everyone can agree on that. She stands at an average height of 5 feet 6 inches and has a very appealing face.

Lauren, being a public figure, has to stay on social media for a multitude of reasons, the most important being to remain in touch with her fans.

For education, Lauren \ Zimma went to Elgin High School. Graduating from there, she attended the University of Missouri for her further education. From there, she acquired a bachelor’s degree in journalism.

From there on, she went after a master’s degree in broadcast journalism and media convergence at the University of Missouri.

Lauren’s career took a start while she was pursuing her bachelor’s degree at the University of Missouri. For her first job, she worked as a news anchor for NBC affiliate station at Columbia, Missouri.

She spent a year in London, United Kingdom interning at MSN UK. Later, she was hired at the same company as a freelance entertainment news columnist and reporter.

When she came to the US sometime later, Lauren joined the VOX magazine. With her experiences rising, she was offered to cover entertainment news at Variety, X17 Online, and Newsy.com.

In 2015, Lauren joined the Entertainment Tonight and became the host of everything on the Bachelor Nation and Real Housewives franchise.

With such an excellent career, Lauren Zima won the hearts of millions of people. But she has only made herself quite some fortune. By 2020, she was estimated to have a net worth of $1.25 million.

Was Lauren Zima On The Bachelor?

Being a huge fan of The Bachelor franchise, getting to cover everything of the Bachelor Nation was a dream job for Lauren.

Now, she recaps episodes of The Bachelor and all its spinoffs on the series Roses and Rose on Entertainment Tonight.

Lauren also gets the opportunity to interview the whole cast of Bachelor Nation including her boyfriend Chris Harrison. That being said, Lauren Zima, herself has never been on the show, The Bachelor.

Given that Lauren covers everything of the Bachelor Nation, including exclusive interviews with the cast of The Bachelor, Chris and her paths crossed multiple times. That is where the pair’s romance began to cultivate.

However, Chris did not ask her out in person. Instead, he rolled in Lauren’s DM and asked her out, which Lauren said yes to. The rest, as they say, is history.

The pair made their red carpet debut at SAG Awards Party on January 26, 2019. The duo even posted pictures with each other on their IG handle.

As of August 2020, the girlfriend-boyfriend duo had been dating for a year and some months now, and several times they offered glimpses of their sweet romance through IG posts. 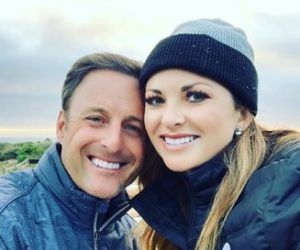 Lauren wishes a happy 49th birthday to her boyfriend Chris.

Lauren and Chris have a massive 16-year gap between them. Both of them have previously been married. While Chris has two kids, Joshua and Taylor, with his ex-wife Gwen Harrison, Lauren has no kids with her ex-husband Charles McKeague.

But, what’s so great about Lauren and Chris is that despite several differences, the pair came together to show what true love is.

As of Summer 2020, it had been almost a year and a half since the pair first started dating. Yet, they had not yet shared any plan for the wedding whatsoever. Nor the pair had any kids together yet.

Norwegian businessman, Bernt Bodal created his sizable fortune after moving to the U.S. from Norway. He is a...