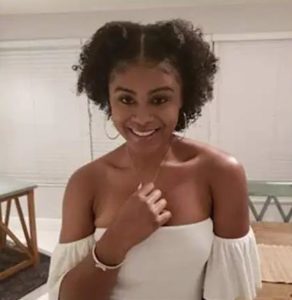 On 10th September – hours after New England Patriots announced the signing of Antonio Brown – the news of a lawsuit filed against the star wide-receiver broke out.

The aforementioned lawsuit from a woman named Britney Taylor accused Antonio of rape and sexual assaults.

Per the court documents filed in the court of Southern District of Florida, the three incidents transpired in June 2017 and May 2018.

The first of three assaults happened in June 2018. Antonio allegedly forcibly kissed Britney – his trainer at the time – after exposing himself to her. Later that month, the NFL player allegedly masturbated and “finished” on his victim’s back.

Following the incident, Britney tried to sever the ties between the athlete. But after multiple apology texts from Antonio, she continued the relationship.

And on 20th May 2018, Antonio allegedly raped Britney at his residence.

In response to the lawsuit, Antonio’s lawyer Darren Heitner released a statement denying all allegations. Per the statement, the NFL star’s romance with his alleged victim Britney was purely consensual.

According to the court documents, Britney was seeking compensation and damages for,

“all non-monetary and compensatory harm, including, but not limited to, compensation for her physical injuries, pain and suffering, humiliation, embarrassment, stress and anxiety, loss of self- esteem and self-confidence, and emotional pain and suffering.”

To get to know Britney Taylor, delve into her wiki-style biography!

Because she and Antonio Brown attended the Central Michigan University around the same time, Britney couldn’t be more than 31 years of age (as of Sept 2019).

Her LSU bio unveils that Britney later transferred to Louisiana State University. In 2013, she graduated with a degree in business management and sports administration.

Because she doesn’t own a Wikipedia page yet, it’s difficult to ascertain her family roots.

The fear of backlash from the public possibly prompted Britney’s decision to hide from social media.

Mistaking Britteny Taylor for her, football fans dragged the musician on Instagram. For her part, Britteny seemed unbothered with the drama.

After maintaining silence on the alleged rape, Britney eventually told her partner. The discourse placed an immeasurable strain on the engaged duo’s romance.