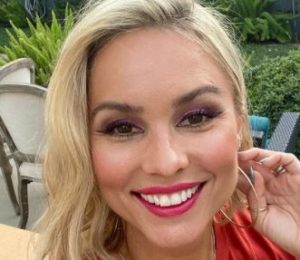 HGTV is well known for bringing us home renovation programs and this we have, Breaking Bland. The brand new show will explore clients’ aesthetics and choices of design, all under the guidance of its co-host Mary Welch Fox Stasik.

But who is she? Stay with this Mary Welch Fox Stasik Wiki to learn all about her.

Mary first caught the attention of HGTV after deciding to renovate the house that she bought in Charleston, South Carolina. So, what was special about it? Well, the house was so degraded that it had black mold, termites, wood rot, and asbestos, even the builders encouraged her to tear it down.

But Mary found the house so “weird and awesome” at the same time, she just couldn’t demolish it. Moreover, she wanted the locals to acknowledge her talent. “And the only way I was going to able to do that was to renovate my own house,” she added.

However, HGTV wasn’t the first to find her. In fact, it was a local production company RIVR Media that came calling to shoot a sizzle, a pilot, and eventually a show.

Mary Welch Fox Stasik was born on November 30, 1981. That made her 39 years of age while she first appeared on Breaking Bland in 2021.

As per her birthday, Mary is of the Sagittarius zodiac.

Her Hometown: Where Is She From?

Mary is originally from Knoxville, Tennessee, where she spent all of her childhood. She then moved to New York in search of a better career, and finally ended up in Charleston, South Carolina, not very far from her hometown.

Mary Welch Fox Stasik is the daughter of the president of the Tennessee Trial Lawyers Association 2017-2018, Bruce Fox. He is also a partner and co-founder of Fox & Farley, and a former partner of Ridenour & Fox. As seen on his IG, Bruce was a proud father who loved hunting and fishing.

As for Mary’s mother Mary Frances Bishop, though her profession wasn’t known, she seemed to have enjoyed a lavish life. According to Mary, her mother was the “greatest gift” she ever received.

Also, Mary has a step-sister named Blair. Recalling their first encounter Mary shared, “We met playing sports as children and parents trapped our parents into marrying each other.”

As of 2021, Blair was working as a coach at the 3D Performance Training fitness center. She lived in Knoxville, Tennessee with her two kids married to Herman Demmink III.

Trivia: Mary’s “most special and influential” person in her life, her grandfather Lester Fox passed away at the age of 91 on November 25, 2020. He was then survived by his wife of 70 years Iris Frankie (Mickey) Fox.

As of August 2021, Mary was present over two Instagram accounts. One @mwfoxstasik where she entertained 13.9K followers, and the other @marywelchfoxdesign with 8.1K followers.

Mary Welch Fox Stasik garnered a net worth of above $700 thousand by 2021.

A Colorado State University alumna, Mary’s first known venture into the design world started in 2007 at Larry Laslo Designs. She went on to work there as a project manager for 2 years. Since then she has worked for various companies like Vert Couture, Yigal Azrouel, iClips Network, CID Entertainment, and Umphrey’s McGee.

As of 2021, Mary was working a principal and interior designer at her eponymous company for over 10 years. Also, she was a positive vibe creator for 100 Days For Positive Change then.

Now that Mary also stepped up to Television as the co-host of Breaking Bland, she added a “reality star” title to her name. Aside from HGTV, she was featured and seen on Charleston HOME+DESIGN, Modern Luxury CS, and Wooden Luxury Interiors.

If Mary hadn’t chosen to become an interior designer, she would now have been a biologist or a medical professional. In fact, she went to school to study biology, but eventually switch majors to interior design.

Did you know: Mary shared her blogs over her site. Do check it out if you’re interested in aesthetics.

She wedded a rock star bassist Ryan Stasik in November 2011 in Charleston, South Carolina. Her husband hails from South Bend, but he founded his band “Umphrey’s McGee” at the University of Notre Dame.

In 2015, the duo together moved to Charleston, S.C., and went on to have their first daughter Amelia “Punky” West Stasik shortly after. Later, the couple also welcomed their second daughter named Micky Simone Stasik in 2018.

As per Mary, her daughters are her inspiration. She said,

“Without being cliché, they really saved my life in so many ways. They are what gave me the confidence in myself to take on something like this and have the faith in myself that I could do this.”