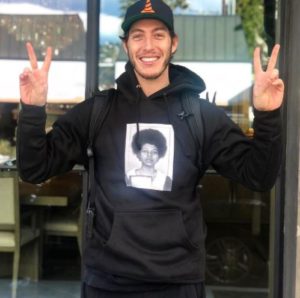 Sennett Devermont is best known as the founder of the app Mr. Checkpoint. However, his relationship with actress Jamie King earned him wider attention in the entertainment industry. In August 2021, the secretly dating couple got engaged. And now, for those who are trying to know more about him, this article has it all.

Delve into this Sennett Devermont Wikipedia to learn more about him.

Still, Worth Reading: Mike Richards Net Worth, Height, Parents, Is He Married?

Sennett Devemont celebrates his birthday every year on 7 November. He turned 33 years old in 2020. Based on that, Sennett is a Scorpio by zodiac sign.

Sennett Devermont was born to his dad Dennis Devermont and his mom Arlene Devermont in his hometown of Santa Monica, California, United States.

Dennis, Sennett Devermont’s dad, attended the University of West Los Angeles School of Law. He worked as an attorney for over 50 years at his private practice Devermont and Devermont. He specialized particularly in Government, DUI-DWI, and General Practice.

What’s more, Dennis played a huge role in the life of Sennett not only as a father but also as a friend. So, Sennett considered him his best friend in the world.

On one Instagram post dated June 2019, Sennett showed his gratitude towards Dennis for being the one who taught him not to fear losses as it was a lesson. He also helped Sennett learn that time healed everything from a broken arm to a broken heart.

Arlene Devermont, Sennett’s mom, was his moral compass. She hailed from Philadelphia and strength to believe in something that she believed in. Like his father, she was also loved by him.

Per his IG posts, Sennett Devermont doesn’t seem to have any siblings. In addition, his father was 44 years and his mom was 38 years old when they had him. But, on 29 January 2015, Sennett posted a snap of himself with a blonde lady who he called his sister. Besides that, there existed not even a single hint on his having siblings.

Sennett Devermont completed high school in his hometown. After that, he attended San Diego State University-California State University in 2005. He studied Communication and Media Studies and earned his bachelor’s degree in 2010.

The Santa Monica native always had entrepreneurial interests and interest to start his own business inside of him. His parents wanted him to get a job at 16, but instead, he sold 20 shares of APPL which he bought when he was 13 at just over $20 each.

Sennett sold them and bought two vending machines at his high school. Then he expanded onto the next after soon which had a thriving business and sold the SD Vend in 2006 to start something new.

It is surprising to know that Sennett Devermont’s parents, who are both under 5 feet 10 (1.77 meters), had him, a 6 feet 2 (1.87 meters) guy. He inherited his good looks from his beloved father.

Sennett Devermont is on two social media platforms; Facebook and Instagram. On Facebook, he hasn’t updated anything new since May of 2016. He is most likely inactive on that platform.

Moreover, Sennett entertained 41.4k followers on his Instagram with 199 posts in total. Surprisingly, the man who has so much to say doesn’t seem to have a Twitter account.

Sennett Devermont has an estimated net worth of nearly $1.5 million.

The Santa Monica native started Devemont and Sims associates in September of 2006. He was the inventor of a product airphones, all in one headphone.

After that, Sennett founded Sudoku Saver in July of 2020. After spending $8 on a Sudoku book, he had thought of my next business before he finished the first puzzle. “Sudoku Saver” was a free publication he created and ran at San Diego State. Distributed 30,000 Sudoku Savers every semester with over 40 paying advertisers offering coupons and discounts.

After leaving his father’s law firm, Sennett joined Anarchy Street where he worked as a CEO. He ran the company for nearly 3 years. As of this writing in early August 2021, he has been serving as the CEO of PaidAttention, LLC and is also the founder of Mr. Checkpoint. The service developed as a mobile app sends alerts to subscribed drivers about the places of police DUI checkpoints and speed traps via text message.

To share about Mr. Checkpoint, Sennett bought the domain for the website in June of 2011. He had no idea about planning or financing. He created a Twitter account for Mr. Checkpoint and learned to use social media. 5 years later in 2016, the app was downloaded 402,070 times in total.

This app was accused of giving a choice to drunk drivers to avoid checkpoints. However, Sennett denied the allegations and shared that his app is actually created to reduce the rate of DUI, not to allow drivers to drive drunk after leaving a pub or a bar.

Sennett Devermont And Jamie King: Dating, How Did They Meet?

The rumor of Sennett Devemont and actress Jamie King being a couple first flourished in December of 2020. They were snapped while breaking bread in West Hollywood. But, the story of how they met is yet to be explored.

In August 2021, Sennett Devermont and Jamie King officially got engaged. Jamie showed off the snap from their big moment on her Instagram, where she wrote a short and sweet caption, “I love you ❤️” 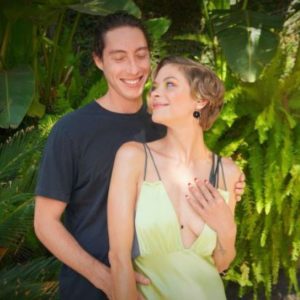 Talking about the actress, Jamie ended her 13 years of marriage with her filmmaker husband Kyle Newman. She and her estranged husband share two kids: James Knight and Leo Thames. The actress had filed for divorce in May of 2020.

Jamie King is looking after her two sons.