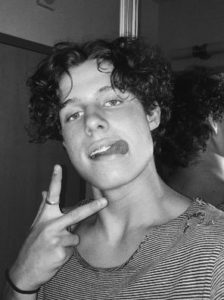 Lifetime‘s reality star Mackenzie Ziegler finally confirmed her relationship with TikTok star Tacoda in 2020. The long-speculated relationship had created quite a stir on their respective social media platforms leaving their fans in awe.

While Mackenzie had been introduced to fame from an early age, Tacoda was yet to see the same level of fame his girlfriend does. This wiki-article is built around the life of Tacoda, so delve in to learn more about him.

As per Tacoda’s Twitter handle, he was born on 21 November 2003. He turned 16 years old while celebrating his birthday in November of 2019.

Per his date of birth, Tacoda secured Scorpio as his zodiac sign.

Real name Tacoda Dubbs, he was born to his father Paul and his anonymous mother. Besides a few social media posts and mentioning, info on his parent eluded public attention. He never forgets to mention his parents with a witty post on his social media platforms.

As for Tacoda’s siblings, he never has two younger brothers and a sister, all below the age of 6 at the time of this writing. But like his parents, he mentioned them on his Twitter handle, every once in a while but never gave away their names.

Plus, like Tacoda, his cousin Ashleigh Dubbs is on her way to make it as an Instagram celebrity with already 1107 followers on the platform.

A handsome young man, Tacoda boasts a strong jawline on his social media accounts, Instagram in particular. He drew much attention with his good looks which helped him garner a thriving social media following.

Now for Tacoda’s social media followings, he had two Instagram account as of August 2020. His main account flaunted a total of 34.1k followers whereas his second account had 238 followers at the same time. He configured the second as private.

Likewise, Tacoda enjoyed 815 followers responding to his Tweets at the same time.

Tacoda appeared alongside his alleged girlfriend Mackenzie Ziegler, sister of Maddie Ziegler. But, he also garnered his TikTok account tacodaaa, where he posted lip-syncs, funny videos, and viral TikTok dances along with skateboarding tutorials.

The platform earned him 60.6k followers with a total of 1.2million likes on his TikToks.

Tacoda Dubbs attends Copper Hills High School based in West Jordan, Utah. While there he played basketball as a sophomore for the school’s varsity basketball team.

As a high schooler, he had played 23 games in total where he made 1.8 points per game. He was set to graduate from school in 2021.

Besides basketball, his true love appeared to be skateboarding. He posted several pictures and TikTok’s where he enthusiastically rode one for the love of it.

Along with these hobbies, Tacoda was also trying out his luck to establish a career as a singer. He released his debut single titled I Think I Miss You on 7 August 2020. The song could be streamed on Apple Music.

Also, he posted some tweets where he hinted about looking for a job on his Twitter. But, as a young kid, he believes in having fun and developing skills, like the skill of photoshop.

Tacoda might as well have found the key to success as a potential social media star. His rapidly growing social media followers suggested a huge success as an internet celebrity in his future.

Tacoda Dubbs and reality star Mackenzie Ziegler have been creating speculations regarding possible dating prospects for a while. The pair appeared on each other’s social media platforms leaving their fans in wonder if they were actually in a relationship.

One picture posted in July 2020 gained traction in particular which ignited dating rumor between the two. Fans unraveled that one of Tacoda’s picture had the background which matched with Mackenzie’s room hinted that he had visited her in her room.

This created quite a stir on TikTokRoom on Instagram. 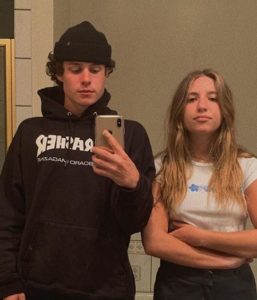 In August of 2020, Mackenzie posted a picture of the two on a beach where Tacoda had his arm wrapped around her waist. The pair confirmed their relationship officially on Instagram.

Before Tacoda, former Dance Moms star dated Isaak Presley but parted ways in May of 2020. But unexpectedly, Isaak had nothing but good wishes and good thoughts to share about his ex-girlfriend. He wished the dating couple good luck for their relationship.

This sweet gesture suggested that no ill-feeling existed between Mackenzie and Isaak for one another.

While that was happening, fans of both flooded their social media comment section to wish them well for their love life.

Dance Moms I Think I Miss You Mackenzie Ziegler

The child celebrity, Pressley Hosbach is a dancer who first gained limelight through the reality-TV dancing...

Kendall Vertes shot to national fame after appearing on the 2nd installment of the Lifetime series...