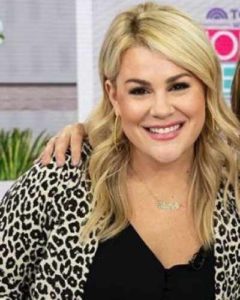 Stand-up comedian and actress Heather McMahan appeared in TV shows and movies like The Trap, Family, and If Loving You Is Wrong.

But mostly, it is her recent podcast Absolutely Not and a live comedy tour Heather McMahan: The Farewell Tour that has landed her a bigger audience. The latter one has gone virtual in light of the ongoing COVID-19 pandemic.

Here’s to her audience who wanted to know her beyond her punch lines and hilarious ensembles.

Heather McMahan and her family grieved the death of her father Kyle McMahan in 2015.

Until he died at the age of 57 in December 2015, Kyle was the founder and CEO of a reporting agency and The Pilot’s Country Club.

The McMahan parents were married for 31 years and they were very proud of their camaraderie. They were equally proud and thankful for the “outrageous” daughters they raised.

Following the loss, Heather moved back to her hometown in Atlanta to help her family. Heather started living with her mother, Robin, and her only sibling, Ashley.

The move lasted until 2019 and she and her beau officially decided to move to New York City. However, with the COVID-19 making city life difficult, the two moved back again to Atlanta to be closer to Heather’s family.

Heather McMahan, standing to a height of 5 feet and 6 inches and weighing under 65 Kg, writes in her Instagram bio that she is a “Comedian w/ a thick neck & thin ankles”. Oftentimes in her comedy sketches, she also talks about how naturally thick her eyebrows are.

Always smiling and laughing, she sure is a stunner. And while her hair is blonde at the moment, we don’t think it’s her natural shade.

Heather McMahan enjoyed more than 609k followers on her Instagram (until the 23rd of December in 2020). Beyond the catharsis angle, IG also helped her broaden her fanbase.

Further, over 7.91K people followed her on Twitter. Also, it seemed she is not that active on other social media platforms including Facebook and TikTok.

If you ever consider Heather McMahan as your style mate and wish to shop from her closet, you can follow her on POSHMARK and buy your favorite look.

At the same time, Heather also runs her own online merch store where one can shop anything from a tote bag, drink holder, and purse to hoddie, T-shirt, sweatshirt, and more. The selling price of the products ranges from ‘Absolutely Not Hoodie’ at highest i.e. $45 to Absolutely Not Koozie at $6.

This way, and from working as an actor and comedian, Heather McMahan reportedly pulled in over $500 thousand net worth.

Back in October 2019, GLAMOUR profiled Heather. In their article, the publication noted how she was building her comedy empire. As stated by Allison Duncan, the comic’s background in improv sketch comedy bore fruit.

On 26th January 2019, Heather McMahan took to her Instagram to show off her engagement ring for the very first time. From what it seemed, she got engaged to her longtime beau turned future husband Jeff Daniels, possibly while holidaying, in the Turks and Caicos Islands in the United Kingdom. 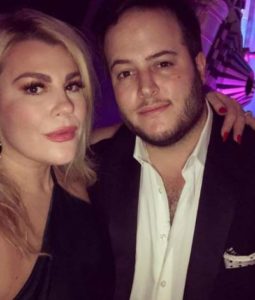 Heather McMahan and Jeff Daniels, refer themselves as the mom and dad to their cute French bulldog Rigatoni (PIC: Heather’s IG)

Likely of the same age as Heather McMahan, her husband Jeff Daniels is a consultant at Danco Worldwide Consultants Inc. He went to Penn State University where he got his Bachelor’s degree in history.

The married pair has a long history together. They met when they were 22 and started dating shortly.

They continue to add more years to their happy story. And what makes their relationship exceptional?– Heather says, “at the end of the day”, they invest in each other the way people invest in a startup.

Not to mention, had it not been for the pandemic, Heather and Jeff would already have been pronounced, husband and wife before Dec 2020. The duo originally planned to get married on September 26th, 2020, in Italy. But due to the COVID-19 restrictions. They had to postpone their wedding to a date they were not always certain. Nevertheless, it would be a wedding in Italy only. Because they both happened to be Italians.